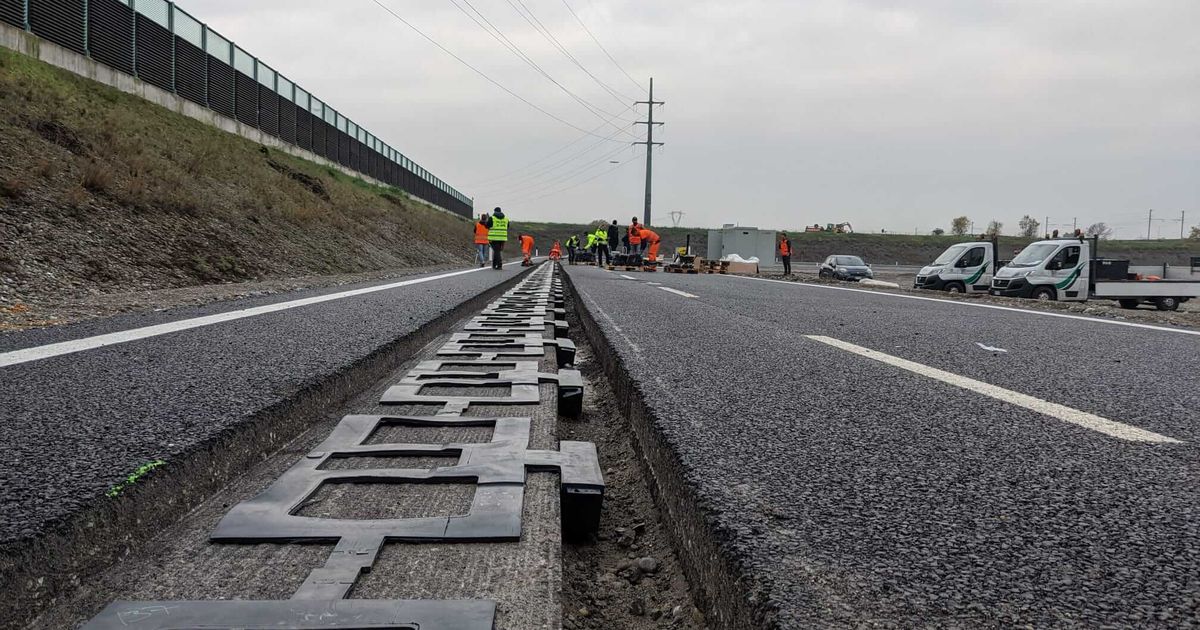 A road that charges your electric vehicle while you drive? A Dallas engineering firm is working on it.

A one-mile stretch of road through the heart of Detroit could become the testing ground for a technology that promises to eliminate EV owners’ fears of running out of juice.

The experiment will test how to turn a road into a large wireless charging hub for electric vehicles driving along it. The concept of inductive charging is similar to how many Americans now charge cell phones, electric toothbrushes and power tools – without plugging them in.

Dallas-based engineering giant Jacobs is one of three companies selected by the Michigan Department of Transportation to run the $1.9 million test. It teams up with an inductive charging developer Electreon and Detroit-based clean energy accelerator NextEnergy. Jacobs will manage the project and provide design services.

Electreon’s technology works by placing charging coils three inches below the roadway and a receiver at the bottom of a car. The receiver holds a charge opposite to the coils, allowing it to draw current from the ground which charges the EV.

Stefan Tongour, vice president of U.S. business development for Electreon, said the company has developed and operated inductive pavements in Europe and Israel, both with great success. A one-mile pilot project in Sweden in 2018 was the world’s first public electric road. The Swedish government is currently working with Electreon to build a 20-mile version.

“We don’t test whether the technology works or not,” said Ron Williams, senior vice president of construction and infrastructure for Jacobs in the Americas. “It’s just about how we apply it here in the United States”

Dynamic charging allows cars, buses or trucks to recharge as they roll over the coils of the road. These would be placed on highways for long distance driving.

Semi-dynamic charging would be installed in cities and neighborhoods for vehicles that stop often. The coils would be placed in a specific location, such as a bus stop, so that vehicles could recharge when stopping on the coils for short periods. This works best for public transport or delivery services with frequent stops.

Static charging is an inductive version of electric charging that EV owners use today. The coils would be placed in parking lots or driveways where vehicles could be parked for longer periods of time, usually overnight for bus fleets or to charge your car the next day while you sleep.

“It would be about 20% faster overnight,” said NextEnergy’s president and CEO. jim saber. “Another benefit is that it would be much easier to do what we call ‘smart charging’ and manage the energy that would pass through a facility and into the vehicles in the most efficient way.”

Being able to control the amount of electricity sent to each charger ensures that inductive charging doesn’t increase the strain on the existing power grid, Saber said.

Jacobs is used to tackling visionary projects. With more than 55,000 employees and annual revenue of $14 billion, it is a company that works on projects around the world from a bulk storage facility to South Africa for nuclear energy at the University of Wollongong Electron Microscopy Center in Australia. Jacobs will even go to space as part of the Artemis project for NASA.

The Detroit pilot’s goal is to have the first section operational by fall 2023, with a second section ready the following year.

It may take years to see inductive routes on the streets of Dallas, but the practical applications of inductive charging could be a game-changer.

“Once we get to the fall of 2023 and are able to collect data, it will be soon after that we can really start having more serious conversations with the [departments of transportation] across the country about this app,” Williams said.

Transportation represents a quarter of all carbon dioxide emissions, according to Jacob. In cities, fleets of buses, police cars or delivery trucks equipped with induction charging could significantly reduce vehicle emissions, resulting in cleaner air.

It could also be a way for cities to turn charging into revenue, especially with the Biden administration pumping billions into building a coast-to-coast electric vehicle charging network.

“Wireless charging is a great opportunity for cities to monetize the sidewalk,” Saber said. “If you think of today’s parking meter in an urban environment, you’re paying so many dollars an hour to park. … It will be an opportunity for cities to provide better infrastructure, better use cases, and convenience for the people who live, work, and visit their communities.

For Jacobs, inductive charging routes are just one of the ways the company is working towards an electric future.

Jacobs is involved in decarbonization and green ephemera projects and scaling the uses of electric vehicles and charging stations in the public and private sectors, Williams said. It has acquired two analytics companies, Mobility Analytics and Microgrid Labs, to help it provide customers with data on where charging stations are, how to optimize an electric fleet and how to build micro-grids. networks that support increased electrification.

“We have all the tools that can help analyze and discern what infrastructure is needed, where is the best place to ensure the money spent is done wisely and to the greatest benefit of the public and the community as a whole” , Williams said.

“The insight we gained through all of these different avenues really differentiates” the company, Williams said.