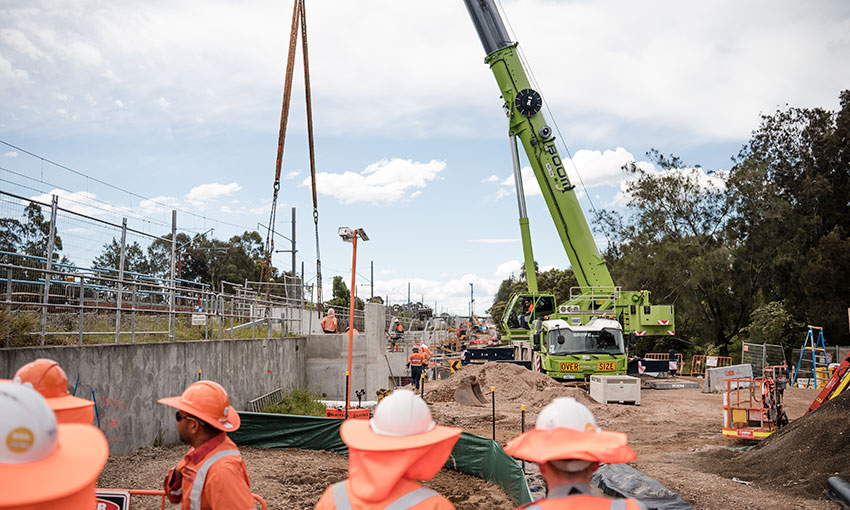 The AUSTRALIAN Rail Track Corporation has taken several steps in its plans to duplicate the Port Botany rail line and the Cabramatta Loop.

For the Port Botany project, ARTC lifted four 15 meter bridge girders, weighing 45 tonnes each, for the new 31 meter Mill Stream Bridge. The operation used a 750 ton crane and nearly 300 cubic meters of concrete was used for the structure.

The Cabramatta Creek Bridge works, part of the Cabramatta Loop project, saw the installation of 48 bridge girders 14 meters long and weighing up to 30 tonnes each.

The elevators were the first to be completed for both major projects, with both bridges due for completion in early 2023.

Both projects will help meet future demand where the freight task is expected to increase by 77% by 2036.

The Botany Rail duplication will duplicate the remaining 2.9 kilometer section of single-track track to Port Botany, allowing freight to be moved more efficiently.

The Cabramatta Loop project will increase rail freight capacity across metropolitan Sydney by allowing freight trains traveling in both directions to pass each other on the Southern Sydney freight line. The new 1.65 kilometer overtaking loop will allow trains up to 1.3 kilometers in length.

Mike Zambelli, director of major construction projects at ARTC Group, said each additional freight train running on the Port Botany rail line will take up to 54 trucks off Sydney’s roads.

“We are pleased to announce that the first bridges of the Port Botany Rail Duplication Project and the Cabramatta Loop Project have reached this milestone. Major construction works are well underway and both projects are expected to be completed in 2024,” he said.

“Not only will these transformation projects increase freight capacity, they will also encourage more freight movement by rail, which will help move freight away from road transport and reduce truck movements and associated traffic congestion.”

The New York City Marathon is an engineering marvel