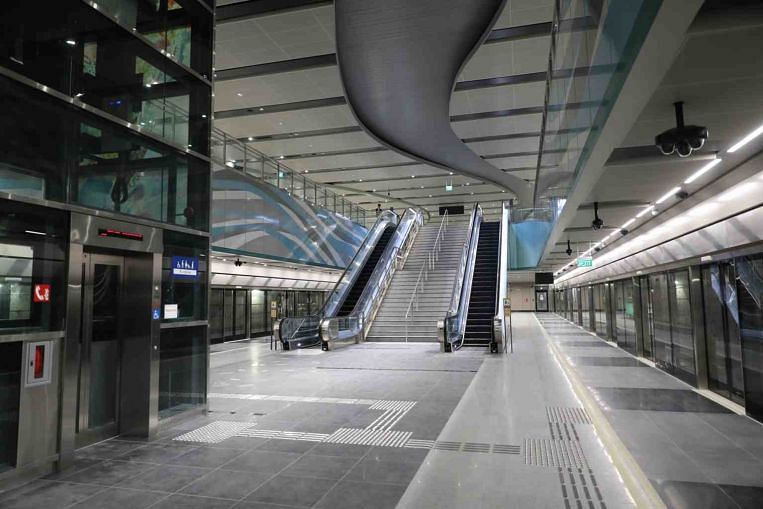 SINGAPORE – Almost $ 100 billion has been set aside to build road, rail and active mobility projects over the next decade, according to 2020 budget statements.

New rail projects account for the largest share of $ 87.5 billion. The amount includes budgeted funds for the completion of the Thomson-East Coast Line (TEL), Jurong Area Line and Phase 1 of the Cross Island Line (CRL), as well as advanced engineering studies for the western part of the CRL.

The amount also includes the extensions of the Downtown, North-east and Circle lines.

CRL has the longest lead time, with the completion of the 50 km rail project from Changi to Tuas expected to be completed by 2031.

All others are expected to open before that, starting with TEL, which will be fully operational by 2023.

But it excludes the renewal of the North-South, East-West lines, which, according to Transport Minister Khaw Boon Wan, would cost more than $ 2.5 billion, and which is expected to be completed by 2023. It also excludes the support for infrastructure works such as drainage.

Bus-related projects amount to $ 1.3 billion, including the construction of depots and integrated transport hubs – which integrate a bus interchange with an MRT station – as well as the purchase of 450 new buses to increase capacity.

About $ 6.78 billion has been earmarked for national rail projects for fiscal 2020.

For road projects, the government has allocated $ 7.2 billion to improve and modernize the existing road network, for example by resurfacing highways and maintaining elevated roads such as viaducts and bridges.

The amount includes new projects such as a road network for the Changi region to accommodate Changi Airport Terminal 5 as well as the east end of CRL; an interchange at Senja Road-Kranji Expressway; and the expansion of the Kallang Paya Lebar Expressway and Tampines Expressway Interchange and new links to Punggol Central and Pasir Ris.

About $ 6 million of the amount has been set aside for the autonomous vehicle test bed, and about $ 1.45 billion for active mobility projects.

The expansion of the island-wide cycling network from 440 km today to 1,320 km by 2030 represents the lion’s share of funds, while $ 31 million will be used to support infrastructure such as bicycle parking, signage to improve orientation and trails, widening as well as safety improvements such as speed control bands.

In total, all of these surface transportation projects amount to $ 97.5 billion. But as with previous budgets, actual spending may differ from what was planned. For example, $ 40.4 million was earmarked for a stormwater retention pond in the new Bidadari estate, but the actual cost of the flood mitigation measure is now closer to $ 25 million.