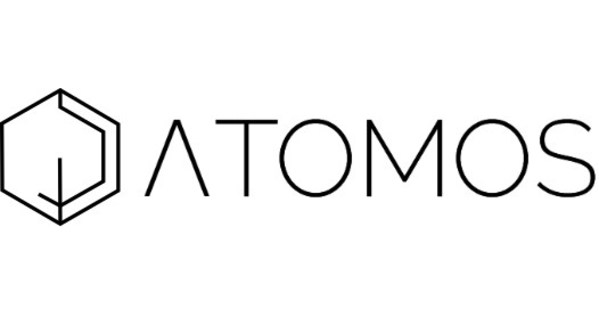 DENVER, January 12, 2022 /PRNewswire/ — Atomos Space announces investment from Cantos Ventures, bringing total capital raised in 2021 to $5 million. Cantos, an experienced deep tech investor, has joined this round with another undisclosed aerospace investor to realize the future of space mobility and logistics. Atomos Space, based in Denver, Colorado, builds Orbital Transfer Vehicles (OTVs) to help satellite operators get to their place in space. Founded by vanessa clark and Guillaume Kowalski at the end of 2017, Atomos won and executed more than $2 million in contracts with NASA, the US Air Force and the US Space Force, and currently has over $200 million customer interest in mobility in space.

While the barrier to entry for satellites to get to space has dropped significantly, many applications require orbits that are unavailable for carpooling satellites with a larger payload. Enter Atomos OTVs. By capturing client satellites and transporting them to their target operational orbit, Atomos solves the problem of the last mile in space at a fraction of the cost of a dedicated launch. “Some customers need to procure multiple dedicated launches to deploy their constellation,” said Atomos co-founder and COO, Guillaume Kowalski. “Our services cut their start-up costs in half.”

The advantage of Atomos is its technical approach. Unlike similar systems under development, their OTVs reside in space and end up with customer satellites in orbit, allowing more mass and launch volume for the payload and amortizing costs over many missions during the lifetime of the OTV. Atomos focuses on highly scalable, high-power electric and nuclear propulsion. “Current propulsion technologies are evolutionary dead ends and cannot adapt to the future space economy. Our propulsion is moving us in a new direction,” said vanessa clarkCEO and co-founder of Atomos.

“We see a massive need for companies like Atomos. We see them as an orbital Uber,” said the founder and managing partner of Cantos Ventures, Ian Rountree. Their money is on Atomos because “we believe in the Atomos team and view their service and underlying technologies – like nuclear propulsion – as vital to our future.”

Since the 2021 investment, Atomos has doubled the size of its team and successfully completed ground testing of its autonomous rendezvous and docking technology and integrated propulsion system. Atomos plans to launch its first two spacecraft, Quark and Gluon, in 2023, and is excited to continue extending humanity’s reach.

Since its creation at the end of 2017 by vanessa clark and Guillaume Kowalski, Atomos Space has worked to revolutionize space logistics by developing and operating Orbital Transfer Vehicles (OTVs) to perform orbit bearing, precision insertion, phasing and plane change services for satellites. Their goal is to enable more commercial enterprises to operate in space in a dynamic and sustainable way. Whether placing new satellites in their final orbit or moving old satellites to new missions, Atomos Space makes space more mobile.

Cantos Ventures is an early stage venture capital firm based in San Francisco with a focus on near-the-frontier startups in clean energy, aerospace, computational biology and next-generation computing with the potential to mitigate climate change, disease, armed conflicts and existential risks. The firm was founded in 2016 and manages $55 million on several funds.