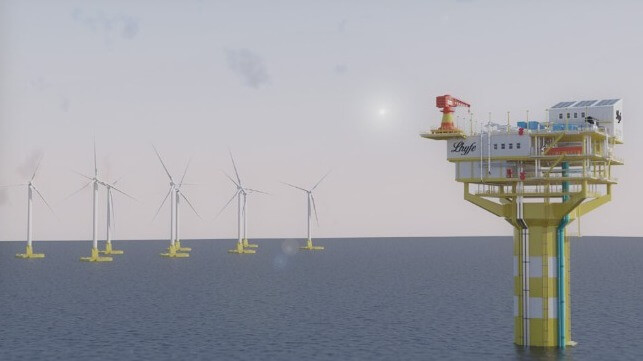 Lhyfe already has 93 projects in development for production plants in Europe, making it one of the leaders in the emerging renewable green hydrogen sector. The company, whose green hydrogen production plants are directly interconnected with renewable energy sources to supply local industry and transport, inaugurated its first industrial production plant in September 2021. Currently, 20 of its projects are at varying stages of construction, pending construction or tendering. loan, representing a total of 380.5 MW, which should be operational between 2023 and 2026. Its total portfolio would amount to 4.8 GW of total installed capacity.

This new memorandum of understanding comes as Lhyfe and Chantiers de l’Atlantique, who have already been working together for 18 months as part of the SEM-REV project on the co-development of a pilot offshore hydrogen production system, are preparing to launch the world’s first offshore renewable hydrogen production demonstrator off the coast of Saint-Nazaire, France, in September 2022.

On the strength of this first demonstrator, the two companies have indicated that they want to strengthen their partnership to deploy the system on a large scale. Lhyfe and Chantiers de l’Atlantique will collaborate on offshore renewable hydrogen production projects with on-grid or off-grid wind farms. Chantiers de l’Atlantique will design, build and install the platforms, while Lhyfe will design and operate the renewable hydrogen production facilities.

The new agreement aims not only to develop the renewable hydrogen fuel sector at sea, but also in port areas. For offshore projects, the two partners plan to develop production solutions with a minimum capacity of 100 MW, which will be installed on existing fixed structures, or mounted on underwater foundations or floating platforms.

One of Europe’s oldest and best-known shipbuilders, Chantiers de l’Atlantique, through its Marine Energy & Engineering business unit (Atlantique Offshore Energy), has developed expertise in marine renewable energies. The company recently built four offshore electrical substations for offshore wind farms. Chantiers has focused an essential part of its shipbuilding work on cruise ships, and although it has additional orders from the Royal Caribbean Group for cruise ships, the yard has sought to expand its operations. Chantiers has also expanded its work with the French Navy, currently working on a contract to build four supply vessels.