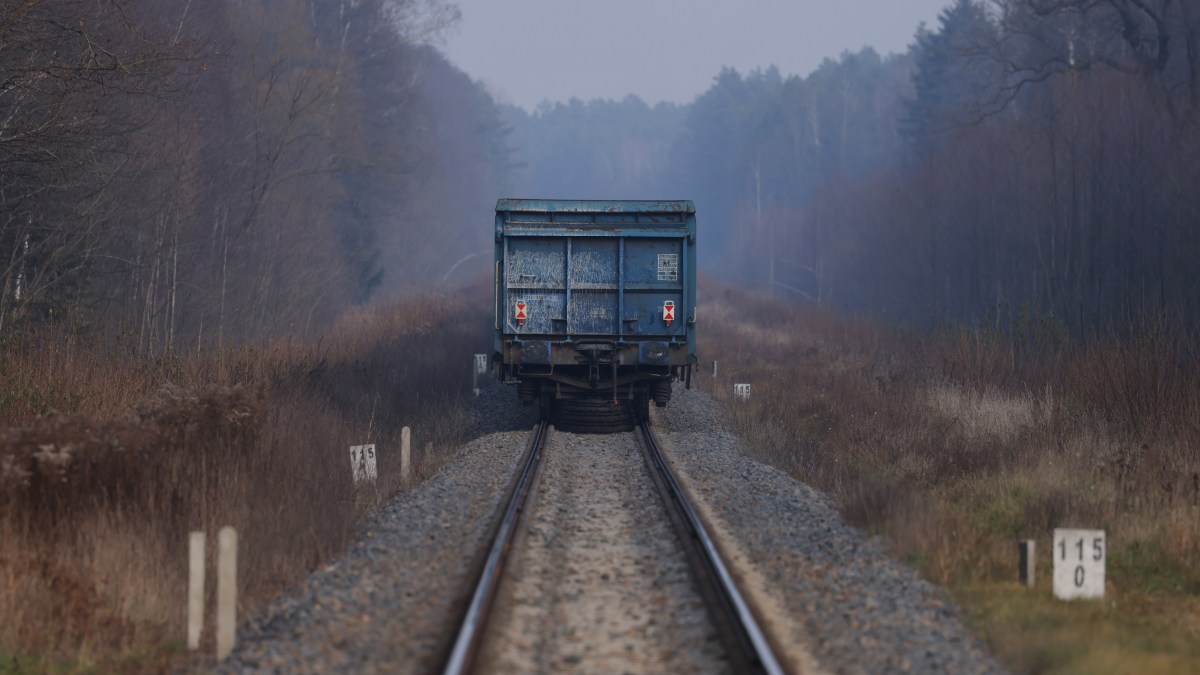 Companies are diverting freight from the Russian rail network

There has been a lot of disruption in global shipping over the past two years. There was the big boat quarter of 2021 when this container ship got stuck in the Suez Canal. And there has been a surge in demand for goods in general, which has congested ports and sent prices for shipments from China to Europe skyrocketing.

“So ocean freight – usually pre-COVID – maybe you paid 1,500 [euros per container]said Jan Fransoo, professor of operations management at Tilburg University in the Netherlands. “And then in this panic last year, it could be over 10,000 [euros] in some cases,”

For this reason, companies wanted to become less dependent on waterways and find a cheaper alternative. And what is the alternative to the sea? Earth.

“What we’ve really seen is that rail’s share has really increased quite a bit,” Fransoo said.

Most of these rail links pass through Russia, where rail freight increased by 40% last year. And as the price of maritime transport has increased, rail transport has become more affordable. It’s also fast; Fransoo said a trip from China to Europe that takes 40 days by boat can take as little as 15 days by train.

Only 2% of goods shipped between Asia and Europe go by rail. But it’s things like auto parts and computers — high-margin goods. Today, many businesses and logistics companies have stopped using the popular rail network that runs through Russia to move goods from China to Europe.

“By choice, many customers we’ve seen are now moving away from rail,” said Ian Cullingham, vice president of sales at AIT Worldwide Logistics, a transportation management company. “In fact, some have even said they don’t want to move the rail for the foreseeable future.”

Air shipment is not an ideal alternative. For starters, it’s a lot more expensive. And because of the war, planes take longer routes to avoid Russian and Ukrainian airspace. This means planes can’t turn around as quickly and have to carry more fuel for their long journeys, leaving them with less space for cargo. Prices are constantly changing.

“We’d like to get back to that position where we can at least go back to the customer and say, ‘OK, we can get you a rate for three months, that’s not going to change.’ But in the current state of the market, we just can’t do that,” Cullingham said.

The pressure created by the war increases the demand for transport by all remaining land, air and sea routes. And it will affect the cost of goods, and not just in Europe.

“We live in a connected world, so prices and costs in one part of the world, as they increase dramatically, affect everyone whether we like it or not,” said Willy Shih, professor of management practices at Harvard University.

If prices for shipments between Asia and Europe increase, he said freight companies will also increase the cost of shipments to the United States. Meanwhile, the manufacturers making these products aren’t just going to raise prices for European consumers – they’re spreading the pain evenly across the world.