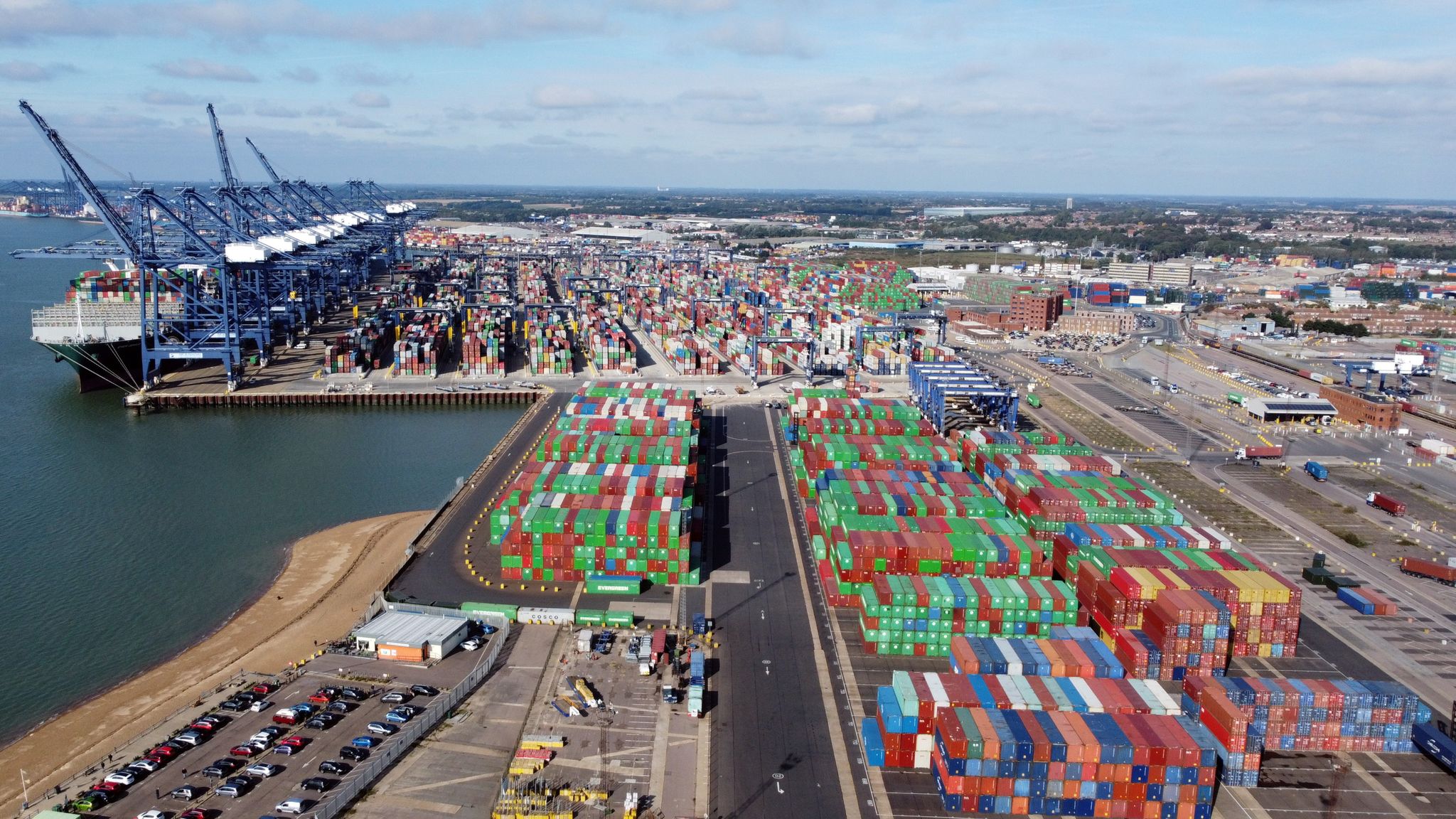 Things are heating up in the UK’s ‘Summer of Discontent’ – the name given to the wave of strikes over inflation-driven wage cuts. London’s public transport network is paralyzed and across the country only one in five trains is running. Massive strikes in the transport sector are taking place in the form of walkouts – sometimes wild – that break out at refineries and Amazon facilities. Meanwhile, a growing number of unions in other sectors are voting to allow strikes.

The English bourgeois press reports that inflation is 10.1% (the same figure as the French press reports), but that is exactly what the bosses are saying. It does not take rent increases into account; adding rent, one of the main costs for the working class, inflation reached 12.4% in August. And as prices rise, so does the general militancy of workers and the will to strike.

At the end of July, the Unite union at the Port of Felixstowe announced that 82% of workers had taken part in a strike authorization vote and that the “yes” vote had been 92%. The strike begins on Sunday August 21 and will last eight days.

Anti-strike laws inherited from Margaret Thatcher’s time as Prime Minister, which mandate such votes well in advance, require a majority of union members to vote and count abstentions as ‘no’ votes, work more to contain the anger of workers. In response, the Conservative government is looking for ways to strengthen these anti-worker laws and considering how to break these strikes, including allowing workers to be hired as scabs. It is a response to how this current wave of strikes expresses the full power and centrality of the working class in the economy, nationally and internationally.

Halt half of all container freight in the UK

The dockers’ strike – in a strategic sector – threatens to hit Britain like an earthquake. Some 48% of UK containers pass through Felixstowe, or around 17.6 million tonnes of containers in 2021. The strike will cause lasting disruption to the supply chain and supply of goods.

Felixstowe Dock and Railway Company is owned by Hong Kong conglomerate CK Hutchison Holdings, which initially insulted unions by offering a 5% pay rise and £500 bonus, after raising wages last year by just £1 .4%. After consultation with the Advisory, Conciliation and Arbitration Service (ACAS), a government class collaboration body used to defuse strikes, the company rose to 7%, still contemptuous. The 1,900 dockworkers did not accept being spat on by the bosses of a port which makes millions in profits each year and prepared to strike for the first time since 1989.

The capitalists at the helm of the world’s major carriers have been preparing to strike for weeks, looking for plan Bs to redirect their cargo to other ports in Europe. Antwerp, Rotterdam, Wilhelmshaven or Tangier have been cited as alternative destinations. But the global supply chain is congested across the planet, and these ports are already suffering. And then there is Germany, where dockworkers staged the biggest port strike in 40 years last month and several thousand workers quit. On Monday, August 22, a new round of collective bargaining will begin for dockworkers in Hamburg. The German capitalists had previously been forced to use their courts to ban any further port strikes until August 26.

The current situation is historic, both in terms of the brutality with which the capitalists are prepared to suppress workers who fight against lower wages, and in the number of companies facing strikes by workers who have not. done for years – or, in the case of English nurses, have never gone on strike. Nurses are planning a strike at the start of the new school year and thousands of Royal Mail postal workers plan to strike for several consecutive days from August 26.

Necessary: ​​a plan to coordinate and generalize the strikes

The workers are clearly in a fighting mood. But this is hindered and exhausted by the divisive plans of the union leaderships. The ports are a clear example of this: while dockers in Felixstowe will strike from August 21-28, dockers in Liverpool – who are employed by another company, MDHC Container Services (part of the Peel Ports Group) – are still on strike. to vote decide whether to strike or not. Their voting period ends on August 24 and any action could be delayed for several weeks. They already voted in July against the company’s offer of a 7% raise – 99% said no. But the bottom line is that the 500 dockworkers at England’s fourth-largest port, vital to transatlantic trade, will not be on strike at the same time as their east coast comrades at Felixstowe.

The same goes for all the sectors which are mobilizing, one after the other, while the specter of a general strike which could affect even more sectors has never been so topical. People in the UK are supporting the strikes and many hundreds of thousands of people across the country are ready to refuse to pay their energy bills this winter as fuel prices threaten to triple.

This ‘summer of discontent’ is clearly the hottest in the UK, but there is also a European dimension. There have been strikes at strategic points in the global economy which are also places of international trade, where workers from different countries come into contact, such as ports and airports in the United Kingdom, Spain, Germany, France, Italy, etc. It is no coincidence that Germany passed laws banning port strikes, calling them Politics strikes.

It has been more than 30 years since the English and German ports have known major strikes like those of today. The evolving situation raises the prospect of transnational strikes and brings them to the fore. Faced with a capitalist class organized on an international scale, the response of the workers, faced with the same crises and the same capitalists, must therefore also be international.

First published in French on August 19 in Permanent Revolution.

The wild engineering of the new Batmobile