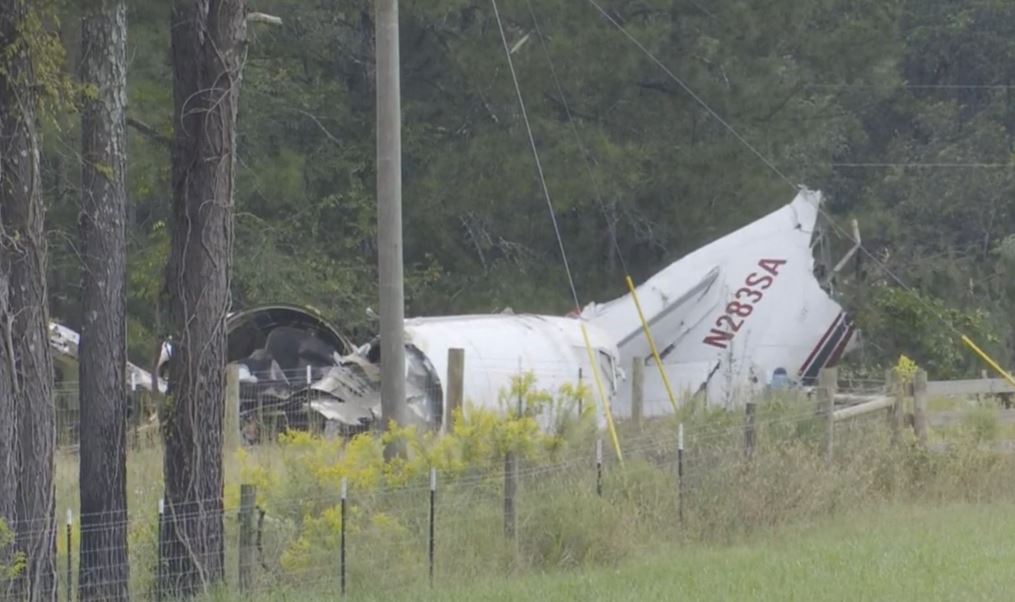 El Pasoan, 1 other killed after cargo plane crash in Georgia

The McDuffie County Coroner’s Office identified the victims as Claude Duchesne, 63, of El Paso, and Raymond Bachman, 73, of Fountain Hills, Ariz. The Federal Aviation Administration (FAA) said the two were the only men on board the Dassault Falcon business jet when it crashed.

Officials said the wreckage was less than a mile from the track. The coroner added that the accident was not hot.

The FAA issued the following statement about the crash:

A Dassault Falcon business jet crashed near Wrightsboro Road in Thomson, Georgia at around 5:44 a.m. local time today. Two people were on board. The plane was flying from Lubbock Preston Smith International Airport in Lubbock, TX to Thomson-McDuffie County Airport.

The FAA will release the plane’s tail number after investigators verify it at the crash site. The FAA and the National Transportation Safety Board will investigate. The NTSB will be in charge of the investigation and provide additional updates. Neither agency identifies people involved in plane crashes.

Our branch in Lubbock (KLBK / KAMC-TV) first contacted the FAA about the crash, as their investigation revealed the plane took off from Lubbock Preston Smith International Airport after an early shutdown on Tuesday morning, after leaving El Paso International Airport shortly before 10 p.m. on Monday evening.

KTSM has contacted Sierra West Airlines – the parent company of Pak West – for comment, who responded that they had no comment at this time.

The Jet Pak West was one of nine aircraft in Sierra West’s fleet and one of six based in El Paso.

Look for updates throughout the afternoon here on ktsm.com and in our latest newsletters.