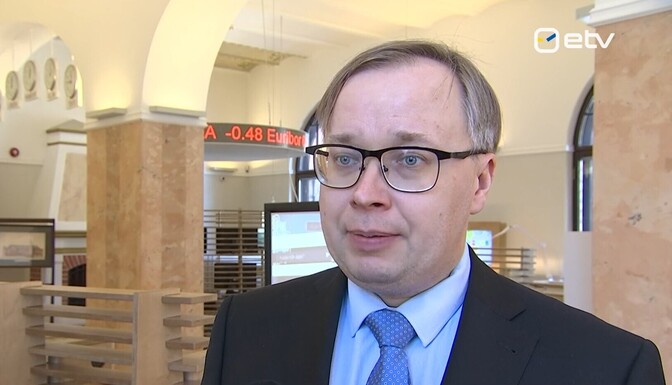 Restricting maritime traffic would force Russia to use smaller-scale and more expensive means of transporting oil. Restricting land transport would affect the availability of commodities, the central bank expert said.

“In other words, Russian carriers would find it more difficult to use the road infrastructure of Western countries, with inconvenient and complicated logistics that would increase the price of products,” Luikmel suggested.

Limiting the import of technologies can also have a major impact.

“Russian industry, including the energy sector, is largely dependent on imported products, for which the medium and long-term prospects are not good, as it has relied on Western technologies for decades. “said Luikmel.

The diplomat at the Estonian Embassy in Moscow, Ingvar Bärenklau, said the average Russian has not yet realized the economic impact because the rise in prices in Russia has been gradual. Bärenklau added that the change has been drastic in macroeconomic indicators.

“For example, Russian imports have fallen by a third in the last month, while I saw today that sales of Russian-made vehicles fell by two-thirds in March. Such a drastic change has had I think the effects will show up in the wallets of ordinary Russians in the months to come,” Bärenklau added.

Luikmel said the limitation of Russian coal imports demonstrates that energy is no longer exempt from sanctions and that the West’s attitude is changing. Russia’s own sanctions, such as demanding states to pay for energy deliveries in rubles, only reinforce the drive to ditch Russian energy as soon as possible.

“All of this helps motivate a quick and all-out approach to sanctions, instead of preparing ourselves and Russia for a long, slow transition,” Luikmel commented.

Bärenklau said if Russia had enough reserves to contain discontent, oil and gas sanctions would make it unsustainable.

“Oil and gas exports have not yet been included in the sanctions and would lead to a massive deficit and a crisis much faster if that were done.”