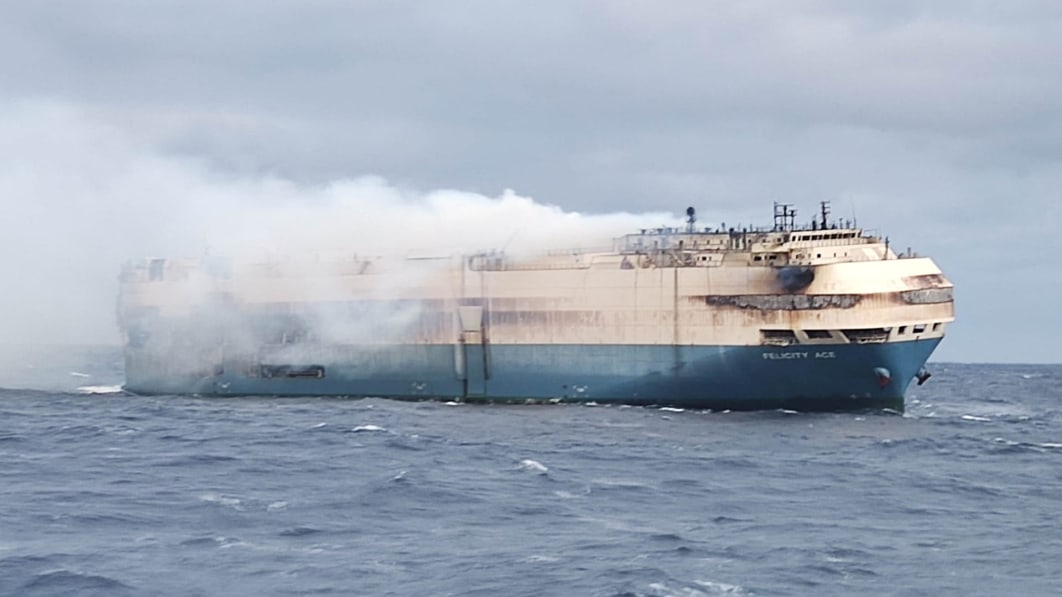 The stricken ship Felicity Ace reportedly sank overnight after a week of salvage efforts that ultimately proved fruitless. The vessel, which was carrying around 4,000 VW Group cars, unexpectedly sank as a salvage team attempted to tow it to shore, Bloomberg reports.

“The vessel’s last position was approximately 220nm off the Azores,” MOL said. “Life-saving appliances will remain in the area to monitor the situation. Further information will be provided as it becomes available.”

A week of rough seas and continuous fires fueled by the lithium-ion batteries of electric vehicles on board delayed salvage and recovery operations for the ship for much of the week. While the likelihood of recovering smoke and potentially fire and water damaged vehicles from Felicity Ace’s grip was slim to none, some had hoped that their specially ordered vehicles might survive the accident.

The Panamanian-flagged Felicity Ace was safely evacuated of its 22 crew by the Portuguese Navy after a fire broke out in its hold more than a week ago while carrying about 2,500 cars, including about 1,100 Porsches and an unknown number of Volkswagens. Tugs were sent from Gibraltar and the Netherlands.

Cost spiral for the restoration of the Palace of Westminster