As the number of parcels is expected to increase during China’s biggest annual online shopping festival, e-commerce platforms and couriers are stepping up efforts to improve delivery efficiency and quality.

Industry insiders predict that the total number of parcels will maintain its growth from last year’s Double 11 shopping festival, despite the impact of COVID-19, with the sector expected to grow by around 5% over the world. whole year. The overall parcel volume during the 2021 Double 11 shopping festival reached 696 million, up 18.2 percent year on year, according to the State Office of China.

Behind the robust growth is the rapid recovery of the Chinese air cargo market, which also plays an important role in the rapidly growing business.

Taking Shanghai Pudong International Airport as an example, the number of inbound and outbound cargo flights at the airport reached 17,800 in the third quarter of this year, an increase of about 34.8% from the second quarter. and an increase of approximately 6.6% compared to the same quarter. period of last year.

Hangzhou Xiaoshan International Airport achieved air cargo traffic of 478,000 tons from January to July this year, including 78,300 tons of air cargo in international and Hong Kong, Macao and Taiwan regions.

DHL Express told the Global Times on Monday that a series of initiatives related to its facilities and air capacity were implemented at the DHL Express Guangzhou gateway in October, including the creation of a dedicated area for handling express air freight to Guangzhou Baiyun international airport. , the expansion of land freight area warehouses and the additional freight route connecting Guangzhou to the Americas.

The volume of air cargo transportation declined in early 2022 compared with the same period in 2019, but the volume has shown an upward trend since April, said Zhong Shan, an economist at the Chinese Academy of Sciences and civil aviation technology. .

Air cargo has two different delivery models, one is passenger aircraft belly cargo and the other is all-cargo aircraft.

Belly-hauling passenger planes has always been China’s main air cargo method before the outbreak, with the ratio of all-cargo planes to cargo capacity being 3:7, according to Zhong, but in 2020, all-cargo aircraft transported 2.223 million tons of cargo, compared to 1.758 million tons of belly cargo, which means that all cargo activities accounted for more than half of cargo transport.

In response to the impact of the outbreak, major airlines have tried to expand their air cargo business and increase revenue by introducing all-cargo or “passenger-to-cargo” aircraft.

Sichuan Airlines said its logistics arm has introduced three A330-200F freighters, and the fourth A330-300P2F freighter will be ready soon. 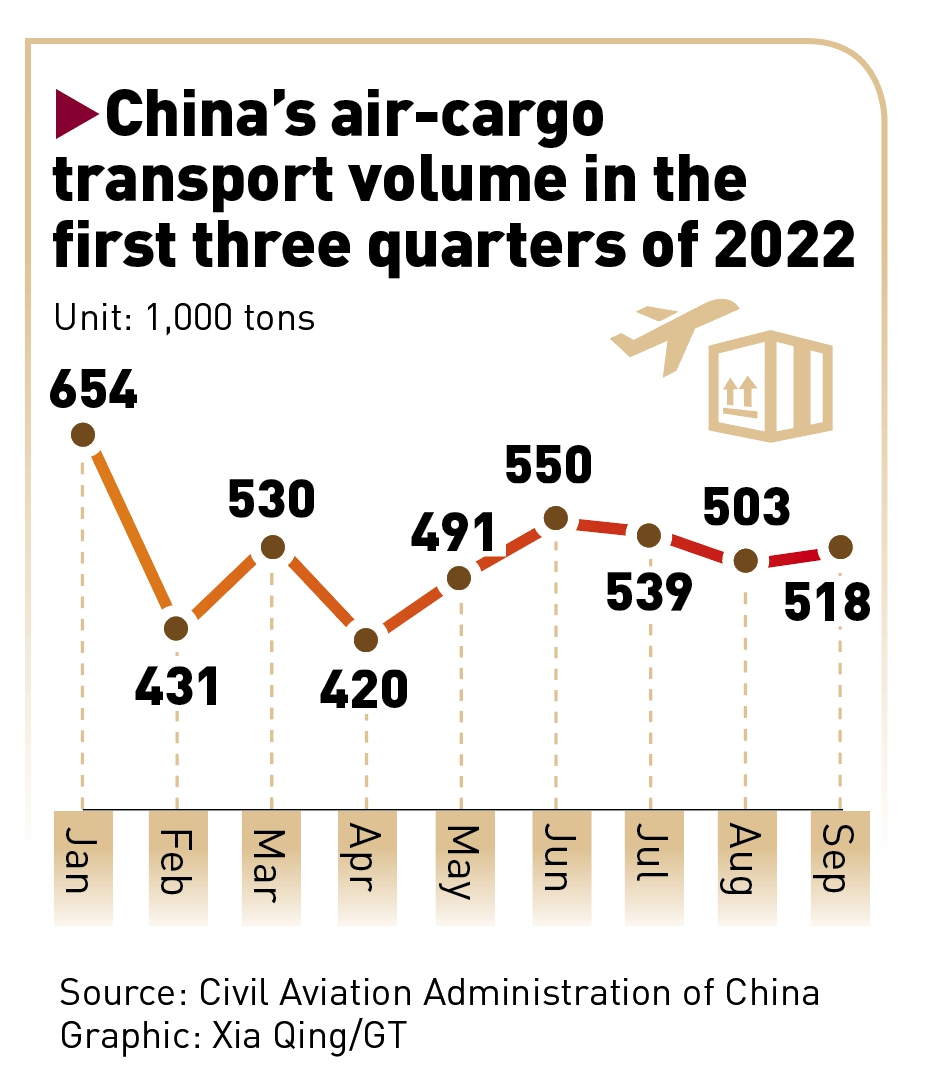 According to Airbus Air Cargo Market Forecast 2022-2041, e-commerce activity will drive express logistics growth at an average annual rate of 4.9%, becoming one of the fastest growing new streams. major players in the air cargo market, according to Zhang Hanguang, senior airline marketing analyst for Airbus China.

Zhang added that the growth in international trade has generated strong demand for air cargo, which in turn has boosted demand for cargo planes.

After the outbreak of the epidemic, in response to the impact of the epidemic, online demand from consumers in various countries and regions continued to grow, providing opportunities for the development of cross-border e-commerce.

Data from the Ministry of Commerce showed that in 2021, China’s cross-border e-commerce import and export scale was 1.92 trillion yuan ($263 billion), an increase of 18.6% YoY, maintaining rapid growth for two consecutive years.

Driven by the boom in online sales, e-commerce platforms and logistics companies are fully preparing for the delivery of an increasing number of packages.

David Liu, South Area Gateway Manager at DHL Express China, told the Global Times that their gateway facility at Guangzhou Airport has been expanded five times since it went into operation in 2006, and that the area and cargo handling capacity are respectively four times and 20 times that of Guangzhou airport. that of the time.

Cainiao, the logistics arm of Alibaba, said it had reserved additional warehousing facilities of more than four million square meters in more than 20 cities across China, including “COVID relief warehouses”, to support the seven-day emergency storage allowance for the upcoming Double 11 shopping spree.

The global fleet of freighter aircraft in service will reach 3,070 by 2041, of which 2,440 freighters will be gradually delivered to the market over the next 20 years to replace older models. Of the 2,440 freighters, 1,550 will be converted from passenger aircraft and the remaining 890 will be new factory-built freighters, according to Airbus.

As for the Chinese market, the airlines’ all-cargo planes currently account for only about 10% of the global total. With the growth of the market, the number of national freight fleets will reach 690 by 2041, which represents more than 20% of the global market. Of these, 630 will be new freighters, representing more than 25% of the world’s new freighter fleet, according to Su Jing, Airbus’ commercial aircraft sales director in China.