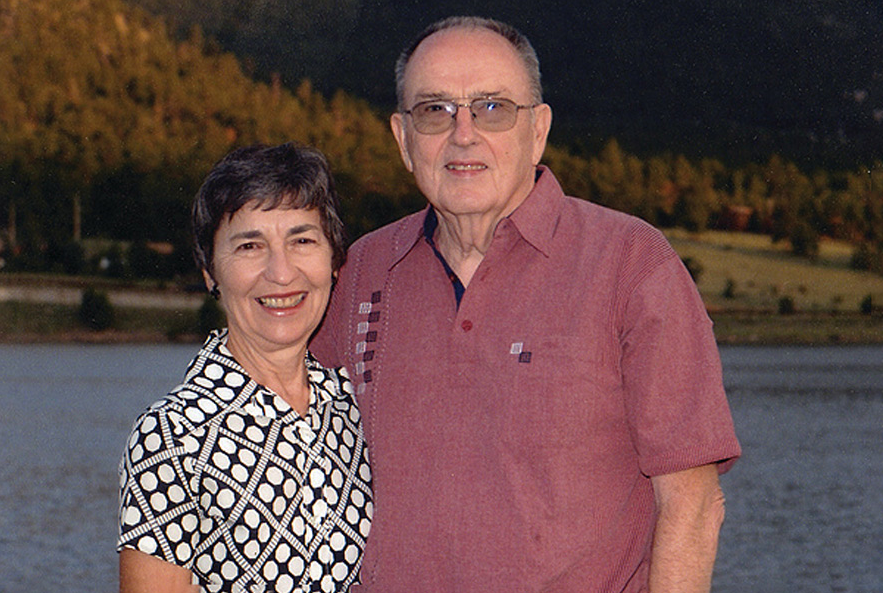 A ceremony with the Clays will be held at a later date to dedicate the newly named Dr. Carl D. Clay and H. Jane Clay mechanical engineering department and celebrate the establishment of the endowment fund.

The couple’s support will further improve a department that is already ranked among the top 20 in the country.

Over the past five years, an average of 95% of mechanical engineering students have found full-time engineering jobs or enrolled in graduate school within six months of graduation.

While at Marathon, Carl attended MIT Sloan Business School in 1977, and in 1986 he joined the Northern Ohio Board of Trustees, where he served as an active director until 2006. Also at Marathon, he was a member of the Association of Oil Pipe Lines. and its Executive Committee; the National Association of Petroleum Refiners; and the American Petroleum Institute for which he served as chairman of its pipeline transport committee. He was a licensed professional engineer in the states of Illinois, Indiana and Ohio.

After retiring from Marathon in 1994, Carl moved to Texas and worked as an industry consultant. His advice included election to the board of directors of TEPPCO Limited Partnership from 1995 to 2022, and he continued to consult until 2010.

While attending the UN, his studies were put on hold to serve two years in the US military during the Korean conflict. After his release, Carl met his future wife Jane. They married two weeks before classes began in 1956. With the GI Bill and Jane’s encouragement and financial support (out of his teacher’s salary), he was able to return to campus and graduate in May 1960 Jane supported Carl, not only through his college years, and later raising two children, but also by putting his career aspirations on the back burner to enable Carl’s career progression.

“My career with Marathon would not have been possible without Jane by my side. I am indebted to her for her support over all these years,” says Clay.

Over the years, the Clays have helped purchase a myriad of engineering equipment and software, enabling UN students to learn and innovate with cutting-edge technology. They were also the first donors to the campaign to build the James Lehr Kennedy Engineering Building, which opened in the fall of 2019. Dr. Clay is a life trustee at the UN and was instrumental in the decision of the University to undertake the campaign for engineering. He and his wife are life members of the Henry Solomon Lehr Society, which recognizes the University’s top donors.

“The Clays are special people who believe in giving back to help students achieve their dreams through access to state-of-the-art facilities and programs,” said Vice President for Advancement Shannon Spencer. . “We are very grateful for their continued investment in Northern Ohio.”