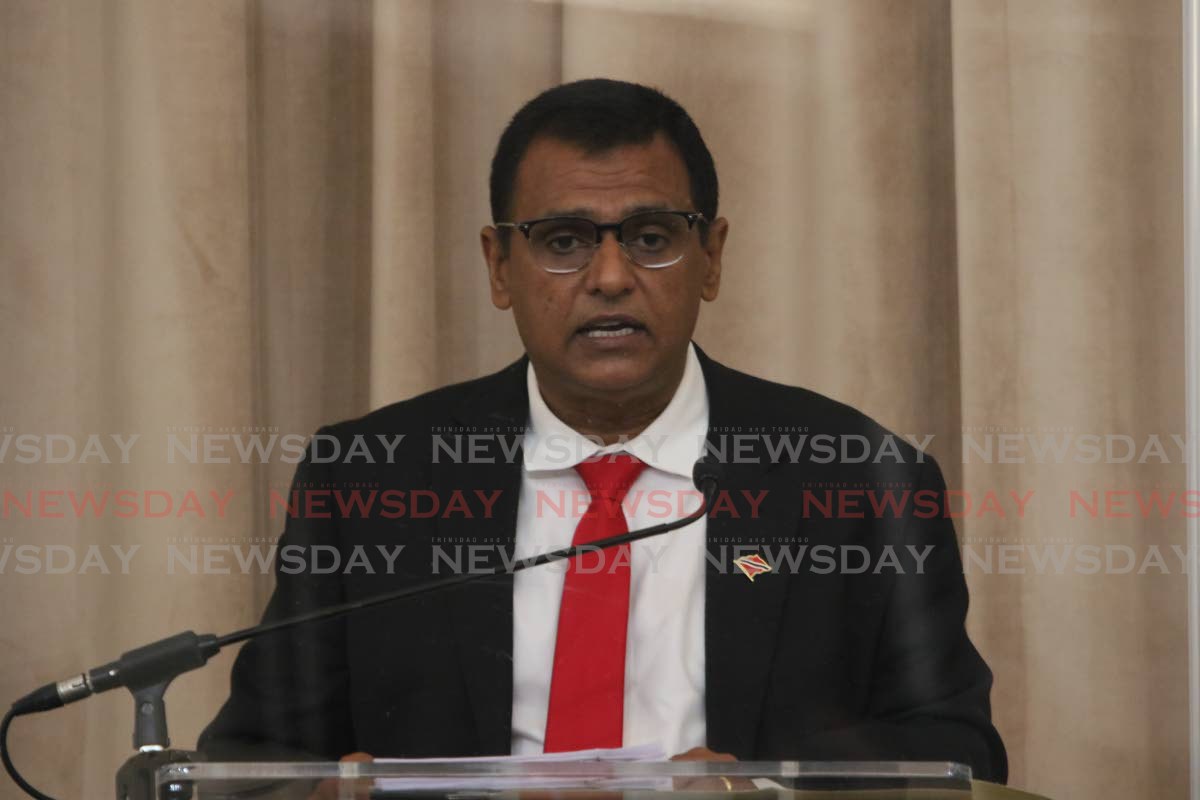 Works and Transport Minister Rohan Sinanan said the purchase of the Tobago freighter was a project in preparation for 2022.

He said the National Infrastructure Development Company Ltd (Nidco) had already started the process and would move forward in the coming months.

In an interview with Newsday Thursday morning at the ministry in Port of Spain, Sinanan said he was proud to deliver two new fast catamaran ferries – the APT James and Buccoo Reef – in January and April to Tobagonians in 2021. Despite limitations caused by the pandemic, Sinanan said his ministry had not ruled out plans for the sea bridge.

In 2017, the government first announced it had approved the purchase of a new freighter specially built to meet TT’s capacity demands after the owners of the Superfast Galicia unexpectedly pulled out of service.

After that, the Sea Bridge used the Atlantic Provider as a short-term solution before the Cabo Star was chartered in 2018 as a mid-term solution.

And although the problems on the inter-island sea bridge have been stabilized with the arrival of the Cabo Star and the acquisition of three fast ferries, Sinanan said the delivery of a cargo ship to Tobago remains in the spotlight. .

â€œNidco has already started this process and we are awaiting the results. Nidco has already embarked on the design process, they have already had consultations on what is required. However, we really don’t have a problem at this point with the freight in Tobago. “

Until then, the government will continue to renew its contract with the Cabo Star to avoid an interruption in freight services.

â€œA ship is not something you can just go to the supermarket and buy. You need to get a special ship for us here at TT. Not all ships could operate between our islands, because for waters between Trinidad and Tobago, you need to get yourself a ship capable of maneuvering between these waters, especially for passengers. “

He said there had been no issues on the sea bridge since 2018.

â€œWe had perfect ships that worked and we eventually had our own ships built and delivered. Once they are maintained, I believe that for the next 20 years the sea bridge will have sufficient capacity.

â€œAnd although they want the freighter to leave Trinidad in two or three hours of speed, you can get it, but it will be expensive to move quicklyâ€¦ That’s why the cost of shipping a container is reasonable. , but if you try to fly that same container, it’s 20 times the cost. Speed â€‹â€‹is money.

The new Tobago Assembly secretary for the Tourism, Culture, Antiquities and Transportation Division, Tashia Burris, told Newsday that anything that can bring relief to the people of Tobago and its business community is welcome. .

â€œA freighter will play an important role in our revival of tourism. This is definitely something that we look forward to as it is an issue that we have been struggling with for several years.

â€œAll the Tobagonians want is a solution that works for them. The cargo ferry is the lifeline between Tobago and Trinidad. We move most of our cargo through this routeâ€¦ As a former port employee, I have an appreciation for some of the issues in our business. people, truckers and ordinary people want to do business in Trinidad.

She looks forward to discussing ways to improve and maintain the quality of inter-island travel with Sinanan in the near future.