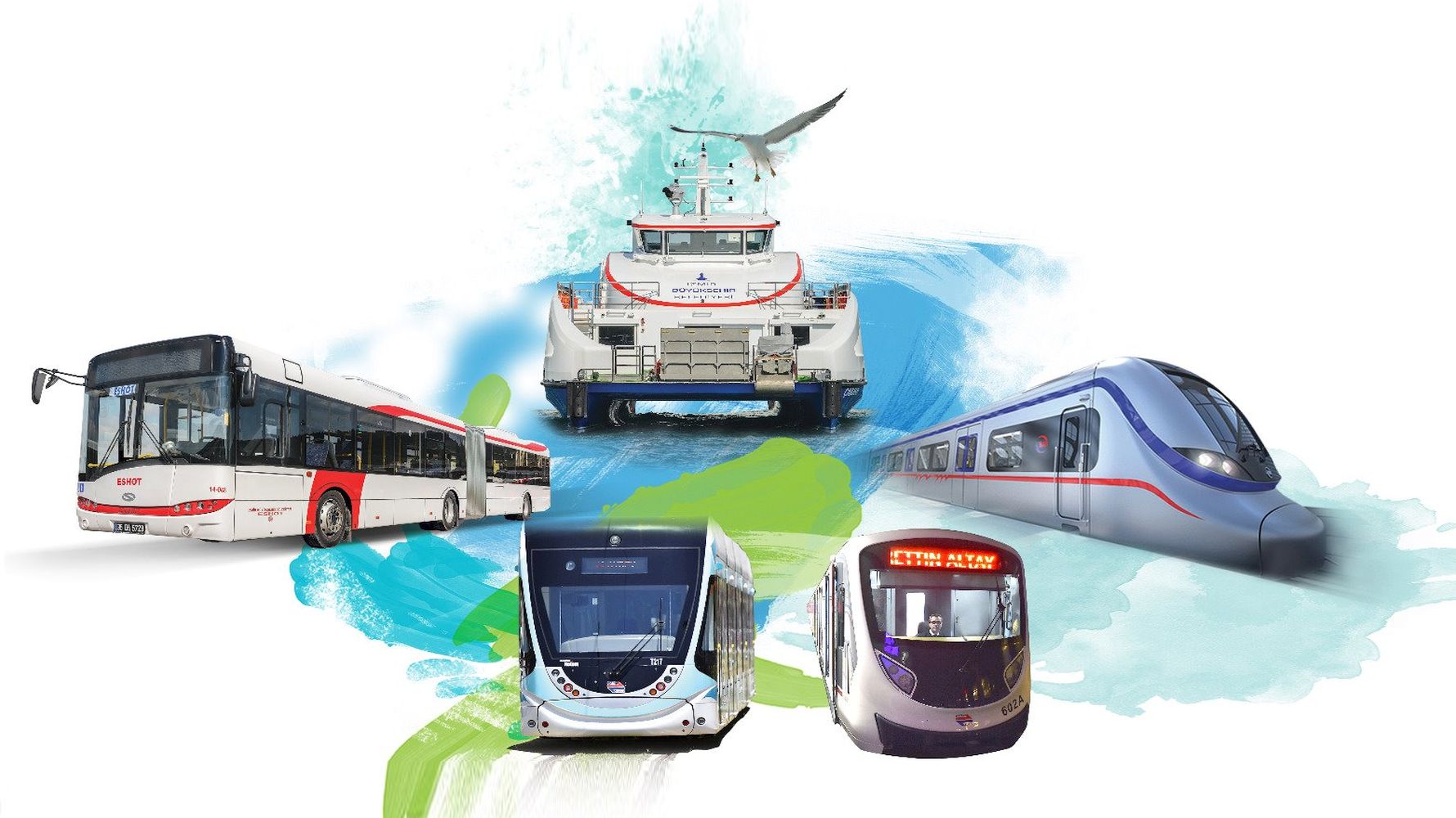 During the pandemic process, the number of public transport boarding passes in Izmir fell by 50% on average, and a loss of revenue of TL 20 million occurred in 734 months. Expressing that the overlapping fuel price hikes are just the spice of the bad image, Izmir Metropolitan Municipality Mayor TunÃ§ Soyer reiterated his call for VAT and SCT exemption for services of public transport, and said: “The knife went to the bone”.

With the Covid-2020 epidemic, which has affected Turkey since March 19, and with the implementation of curfew restrictions, the number of boardings in all public transport vehicles in Izmir has been reduced by 80 % During months. The number of boarding passes, which was 1,900,000 per day during the pre-pandemic period, increased to 200,000. After vaccinations began and restrictions ended on July 1, the average daily number of boarding has started to increase again and has seen 1 million 600 thousand in recent weeks.

The extraordinary drops in passenger boardings and the consequent increases in fuel prices over the past 20 months have had extremely negative consequences on the financial statements of public transport organizations. Measures such as boarding restrictions of 50 percent of passengers, intensive disinfection studies and personal hygiene supports implemented in accordance with decisions taken in light of presidential decrees in the fight against pandemic also had a serious bill.

End of the exemption from excise duties at sea

In contrast, the benefit of the SCT fuel exemption, which Ä°ZDENÄ°Z was able to enjoy, ended in September. The SCT has not been collected from shipping companies under the exemption that has been applied since 2003 in order to develop Turkish shipping and shift land transport from land to sea. As part of the EÅžEL Mobile System (EMS), which was put into service in May 2018, a reduction of the TBS as much as the rate of increase has started so that the fuel price increases do not affect the the citizens. After the overlapping increases, the amount of TBS completely melted down to zero. So, she started buying diesel fuel above the pump prices advertised in Ä°ZDENÄ°Z.

Ä°ZDENÄ°Z’s fuel cost suddenly increased by 2021% after the disappearance of the SCT advantage and the successive increases in diesel over the period January-November 85. In 2021, a contract for 10 million liters of diesel was concluded. for 23 million TL 800,000, excluding VAT, SCT and price difference. In the contract for the purchase of the same amount of fuel in 2022, 61 million 594 million TL were signed, excluding VAT and SCT.

President Soyer: from knife to bone

The Mayor of Izmir Metropolitan Municipality, TunÃ§ Soyer, pointed out that in addition to the negativities caused by the pandemic process, the fuel increases carried out consecutively due to the point where the country’s economy has reached, have brought services closer of public transport to the point of being unsustainable. President Soyer, who said, â€œIt has gone to the bone,â€ said the government must also take responsibility in order to bear the extraordinary burden that has arisen.

“VAT and SCT must be reset”

â€œAll the financial burdens of the fight against the pandemic in public transport have been placed on the shoulders of the municipalities. Despite passenger boarding restrictions and reduced boardings, all of our public transport vehicles have been running at full capacity for months to protect public health. I would like to reiterate my appeal to the President and the relevant ministries on several occasions. The amounts of VAT and SCT in the prices of electricity and fuel used by institutions and organizations providing public transport services within local communities should be reset. If those who run the state think about low incomes and the employees who make up the largest part of society, they have to make these decisions. The public interest demands it.