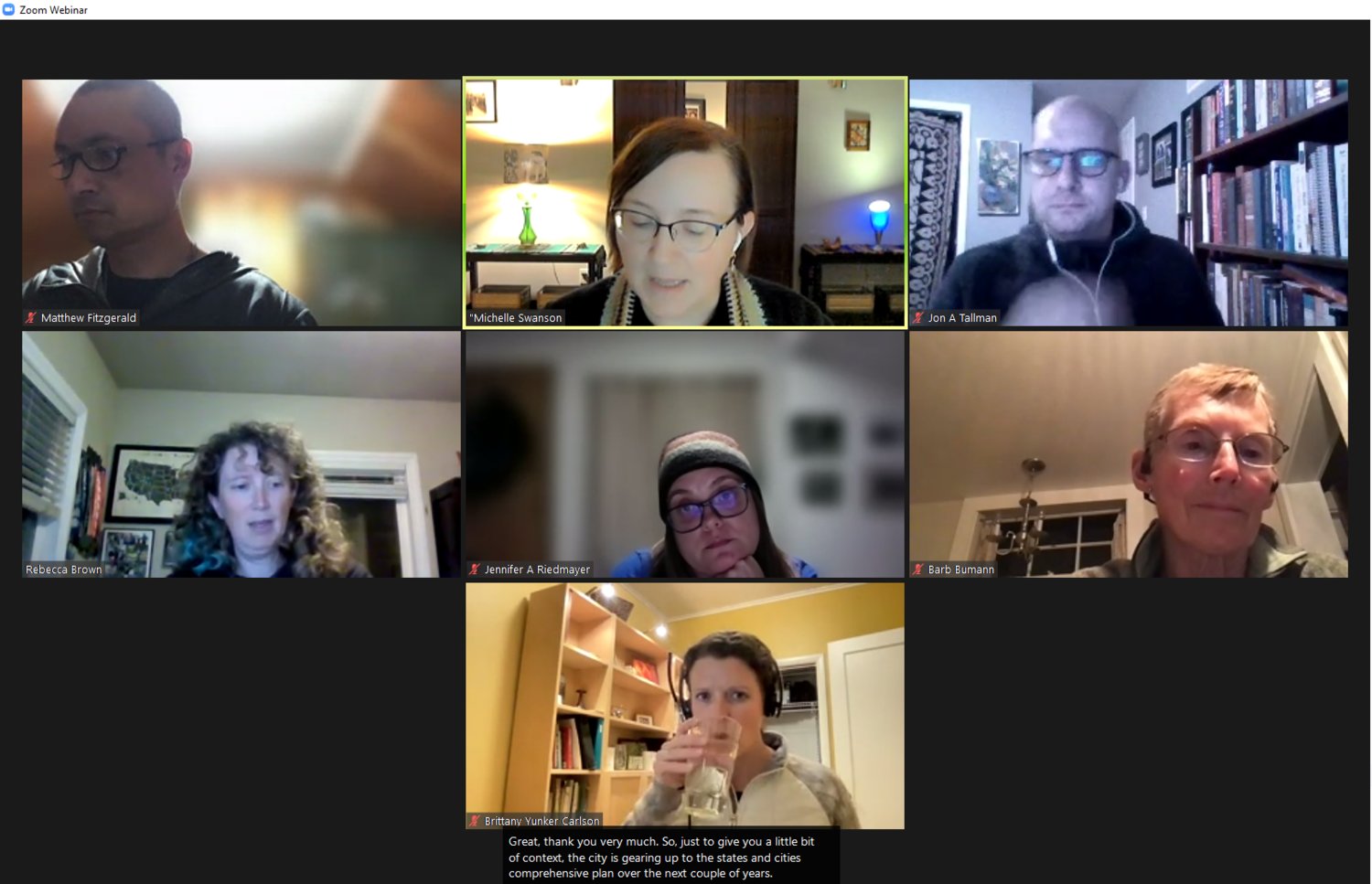 Olympia seeks to make itself more accessible to people with disabilities.

The city’s Bicycle and Pedestrian Advisory Committee (BPAC) met online yesterday, January 19, to discuss how the city can make itself more accommodating for people with disabilities regarding the access to transport and other public facilities and services.

Making transportation more accessible to people with disabilities will be a huge help, said Jody Nelson, guest resource speaker and one of the founding members of the city’s Justice and Equity Commission.

Staff Liaison Michelle Swanson told the meeting that the city had already sent out a survey on the issue, but also realized the study could be improved because it was not accessible to the visually impaired.

“It gives us the opportunity to do that now,” Swanson remarked.

A JOLT reader highlighted having problems driving and staying in lanes due to traffic signal issues, particularly with her developing cataracts which forced her to stop driving at night.

“Where did all the lines go?” she asked. “If you’re driving along State or 4th on the east side of Olympia, especially at night and in the rain, it’s kind of a guessing game as to where the lanes are.”

Nelson revealed that 36,503 residents of Thurston are disabled, or 13.4% of the population. Among them, 22.1% lived below the poverty line.

“It could be you,” Nelson explained, “or the people we love.”

In his presentation, Nelson shared that persons with disabilities in the country face various challenges and disadvantages; being the largest minority group, having the highest poverty rate, the highest income gap, the highest school dropout rate, the highest unemployment rate and the highest health inequalities higher, among other problems.

“They’re trying to fit into a world that doesn’t suit them,” Nelson revealed.

She also clarified that this should also include the aging population since people will have disability issues as they age and their health declines.

The local weather is also a challenge for people with disabilities, Nelson added, as things like snow can be a barrier, for example, for people with mobility or sight problems.

The BPAC meets every third Wednesday of each month unless otherwise specified for the month. Interested observers can register in advance here.