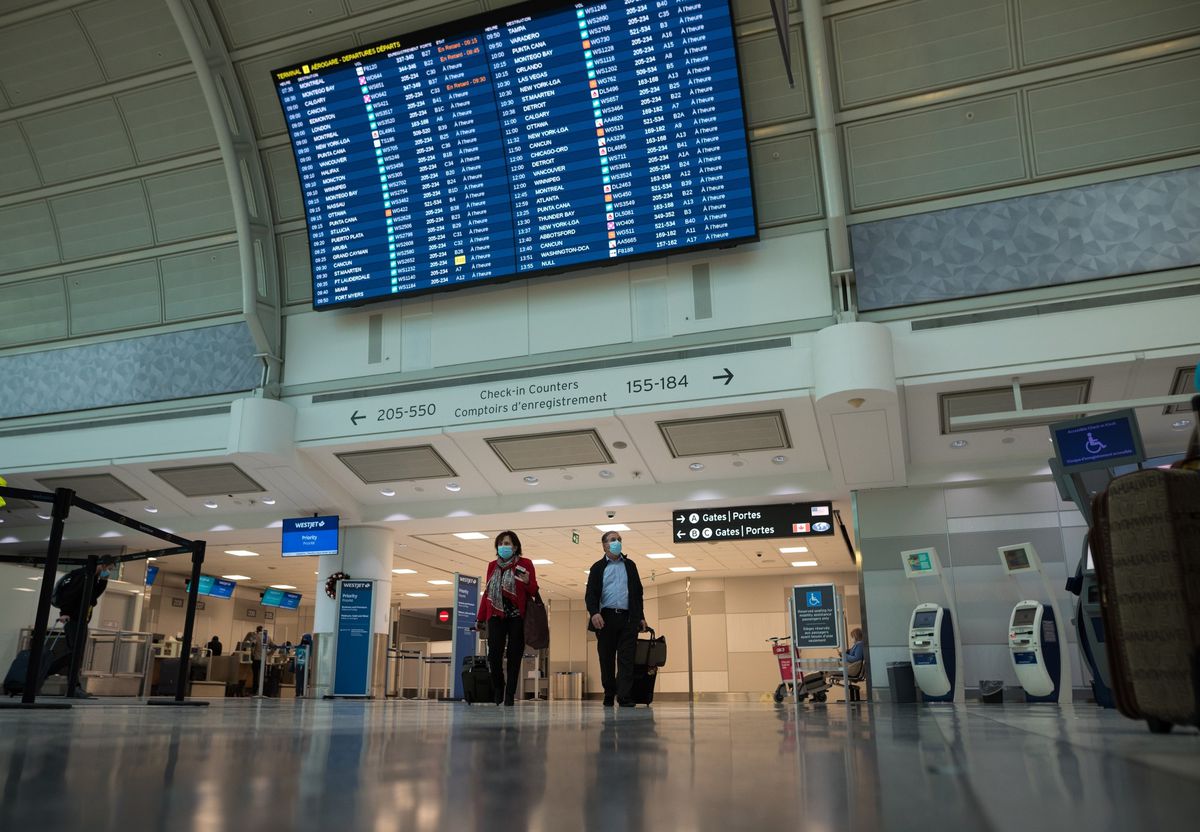 An Antonov cargo plane that was carrying COVID-19 test kits to Canada has been grounded at Toronto’s Pearson airport as part of the international response to the Russian invasion of Ukraine.

The plane, which is owned by a Russian company, has been grounded for most of this week after Western-imposed flight bans disrupted travel by some of the world’s most massive cargo planes.

Since Sunday, Europe, Canada and the United States have issued executive orders saying they are closing their airspace to Russian-controlled planes. The orders are for several Antonov An-124s, a cargo plane known for its unique transport capabilities since it went into production in the 1980s in the Soviet Union.

Less than 60 Antonovs were made and less than half are still in service. Distinguished by their large nose-loading holds, they can carry more than 150,000 kilograms.

Ottawa warns Canadians against fighting for Russia in Ukraine

Several Antonovs are controlled by the Volga-Dnepr group, based in Ulyanovsk, Russia.

The Volga-Dnepr Antonov which landed in Toronto early Sunday was carrying supplies ordered by the Canadian government. “Public Services and Procurement Canada can confirm that there were federally purchased rapid antigen tests on board,” said department spokeswoman Michele LaRose.

He landed at 7 a.m. Later that morning, Transport Minister Omar Alghabra announced that Canadian skies were off limits to Russia.

“On February 27, Canada closed its airspace to all Russian-owned and operated aircraft,” said Laurel Lennox, the minister’s spokesperson. “This measure took effect immediately.”

She did not respond to questions about whether Mr. Alghabra would issue temporary travel authorization to allow the cargo plane to leave Canada. “This measure is in effect until further notice,” she said.

In an emailed statement to The Globe, the Russian cargo plane company said it was considering “clearance of all formalities to be able to fly to its home base”.

“Volga Dnepr Airlines operated a series of charters in the interest of the Canadian government delivering vital COVID-19 related commodities from China,” the company said.

Antonov Airlines, based in Ukraine, continues to fly other Antonov cargo planes. However, its iconic flagship – an Antonov An-225 known as Mriya – was destroyed last week during the sudden invasion.

“The world’s largest plane ‘Mriya’ (The Dream) has been destroyed by Russian occupiers,” the Ukrainian government tweeted over the weekend. “We will rebuild the plane.”

The Mriya was the only Antonov An-225 in the world, and it was often considered an amazing technical feat. The craft had nearly double the weight carrying capacity of a standard Antonov. When he landed in Canada in 2020, he was greeted by an enthusiastic crowd of aviation enthusiasts.

Over the past two years, logistical bottlenecks related to the COVID-19 pandemic and an ocean freighter that got stuck in the Suez Canal in 2021 have hampered global trade. Some experts fear that new constraints on large cargo planes will further complicate supply chains.

While other cargo planes can be used to transport large industrial equipment, Antonovs specialize in lifting super-heavy and outsized machinery. These cargo planes are also relatively easy to load and unload.

US-based Boeing, which manufactures its own large cargo planes, had been shipping some aircraft parts used in the manufacture of its own planes aboard Russian-owned Antonov for a year. “We will work closely with our wide range of supply chain and logistics partners to manage any potential impact,” Boeing spokesman Jim Proulx said.

“There aren’t many of these airframes,” he said, adding that the reductions in permitted cargo flights “are causing real capacity restrictions for this type of specialized niche aircraft.”

Mr Morgan-Evans said the loss of the Mriya is a “devastating blow” to the aviation industry. “It’s sort of the holy grail, the pinnacle of aviation,” he said. But he added that “an airplane is an airplane, and that’s nothing to [compare] with the lives lost in this needless invasion.

In the Northwest Territories, a passenger plane from Russia was also grounded this week. “The Government of Canada is aware of a charter aircraft that landed in Yellowknife, Northwest Territories on March 1, 2022, carrying two Russian foreign nationals,” said Transport Canada spokeswoman Sau Sau Liu.

Government officials are investigating whether the theft violated the transport minister’s order. “At this time, the aircraft is restricted to the Yellowknife airport, pending Transport Canada’s assessment.”

Our Morning Update and Evening Update newsletters are compiled by Globe editors, giving you a concise summary of the day’s most important headlines. register today.