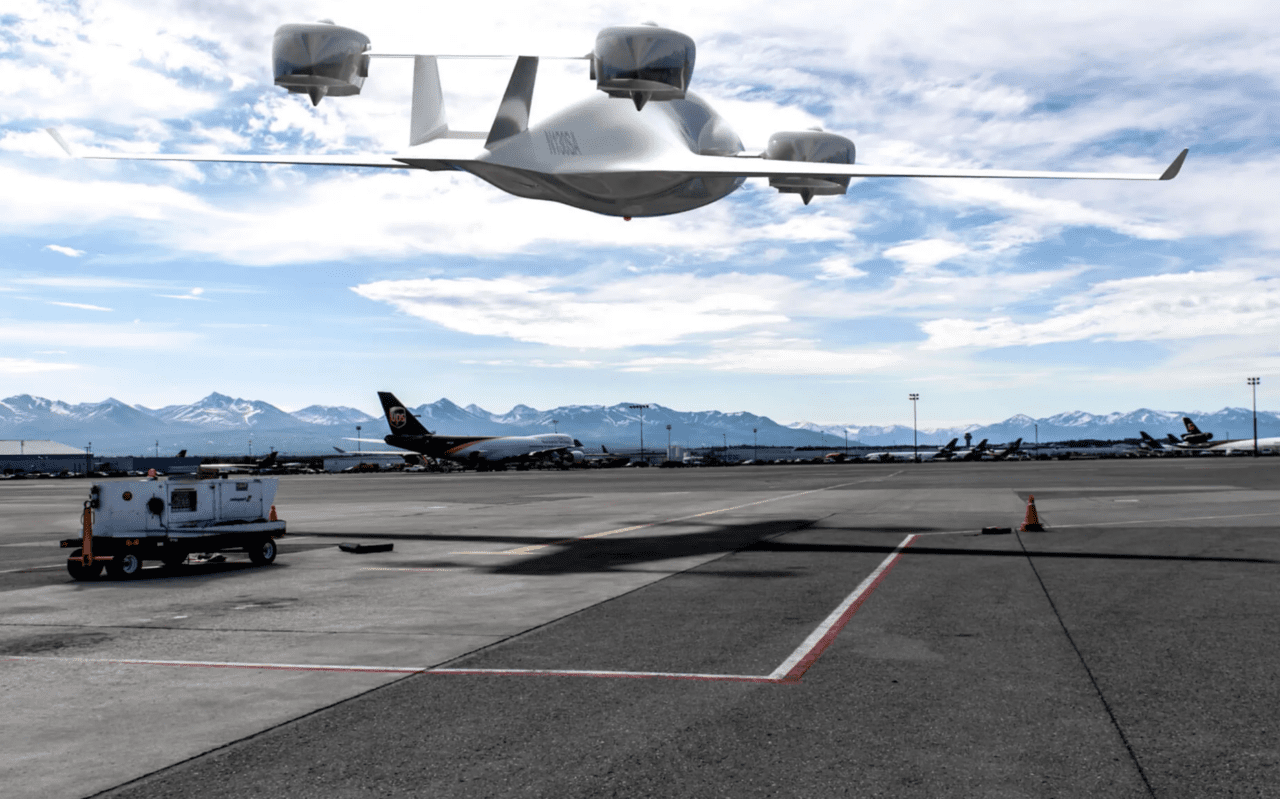 California-based Sabrewing Aircraft Company recently announced the successful first hover flight of its prototype cargo drone with an 829-pound payload. According to the company, this set a new world record for a commercial vertical take-off and landing (VTOL) drone.

The company has an order backlog of $3.2 billion to date, including purchase orders for 28 aircraft as well as 102 firm orders and letters of intent for more than 400 aircraft. Deliveries of the first 28 aircraft are expected to begin by December 2023. Sabrewing has also secured US Air Force contracts to study autonomous cargo delivery.

The plane, called Rhaegal, is an autonomous drone (unmanned aerial vehicle) that uses a turbo-electric transmission, based on Safran Helicopter Engines’ Ariel 2E engine. It can use up to 50% sustainable aviation fuel, or SAF. Along with Safran, Leonardo Aerospace, Toray, Garmin and Attollo Engineering are among the companies that have developed the Rhaegal in partnership with the Sabrewing team.

The prototype aircraft, the Rhaegal “Alpha”, was unveiled in April 2020. At the time, the company had already received a $3.25 million Phase II SBIR contract from the Air Force . This funding was used for research and development related to the aircraft’s navigation and sense-and-avoidance systems.

The Rhaegal “Bravo” is the production aircraft that will target first, mid and last mile cargo delivery. Other missions include firefighting, search and rescue, medical deliveries and disaster relief, according to Sabrewing. 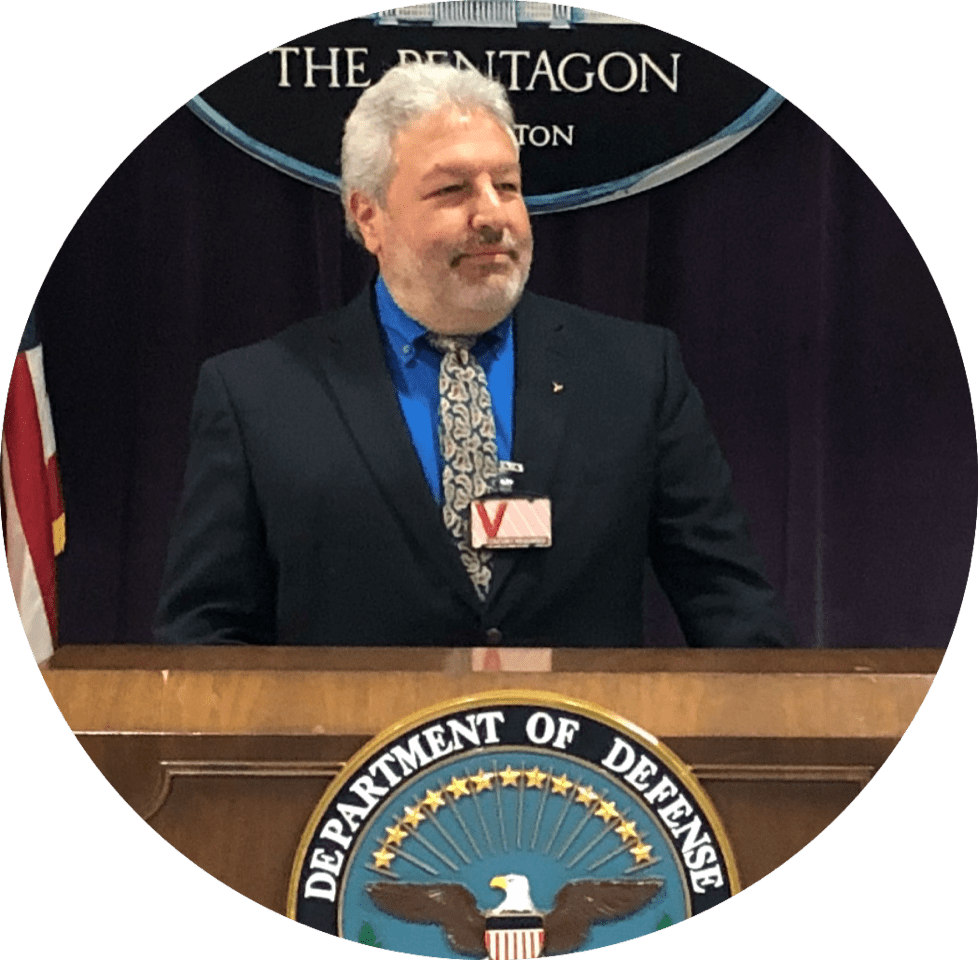 Avionics: After the first hover with the prototype aircraft, what’s next for the Sabrewing team?

De Reyes: We needed to differentiate ourselves from other cargo planes doing vertical flight, so we decided to take off with a payload on our first flight. We put water canisters on board to hit the 829-pound payload. We could easily put two to three times as much weight on the plane. Once we’ve done that, we’ll be doing a series of conventional flights.

We will continue to fly at higher altitudes in our hover and continue to add weight. Eventually, we will perform a transition flight with our full-scale production aircraft. We’ve done all of this before with our scale model and it worked fine without any issues. 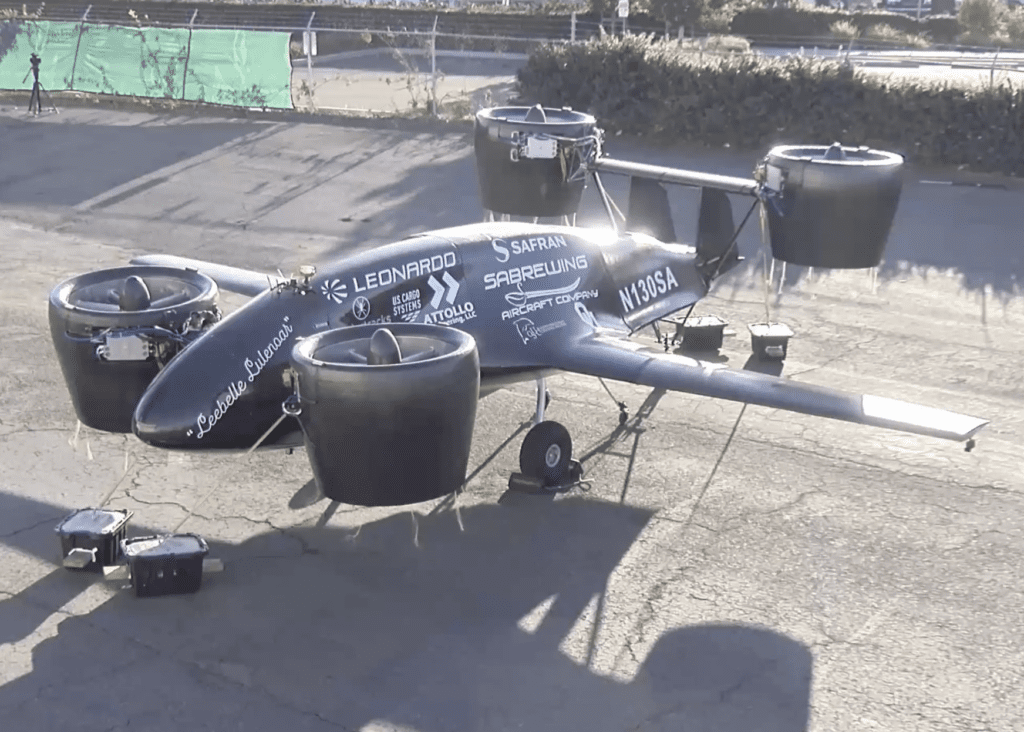 Avionics: What is your background in aviation?

De Reyes: I am a retired Air Force veteran. After I left active duty and joined the reserves, I started working for companies like McDonnell Douglas, Boeing, Lockheed, et cetera. More recently, I worked with Northrop Grumman for 12 years and got to work with several of their drone programs. I started a charter airline that did mostly airfreight, but retired in 2017. That’s where I learned what it takes to run an airfreight company.

I started looking at different planes and their capabilities, like electric planes. We designed this plane after six years of design, talking to customers, talking to the people who would use it. We are strictly an aircraft manufacturer, not a drone as a service, as we do not compete for cargo work with our customers.

Avionics: Could you share details of Sabrewing’s contracts with the US Air Force?

De Reyes: Part of it is to consider how this aircraft will be able to deliver cargo to a remote area, including the battlefield, without putting human life at risk to get there. The purpose of the demonstration is to show that we could launch the aircraft with a simulated payload and demonstrate how the aircraft would fly in an environment without GPS and land precisely without GPS as it could be denied on a battlefield.

We are also looking at casualty evacuation. For those with casualties who need to be airlifted from a battlefield, the distance traveled is usually around 50 miles. For an adult victim, there is what is known as the “golden hour” where if you can get them to the hospital within an hour, their chances of survival are very high.

With helicopters, even though they fly at 100 miles an hour, they have very little time to pick people up. Our plane flies easily at 230 miles per hour. We can get there in just 15 minutes, load them up and take them straight to the hospital in less than an hour. These are the capabilities that we hope to demonstrate here very soon. 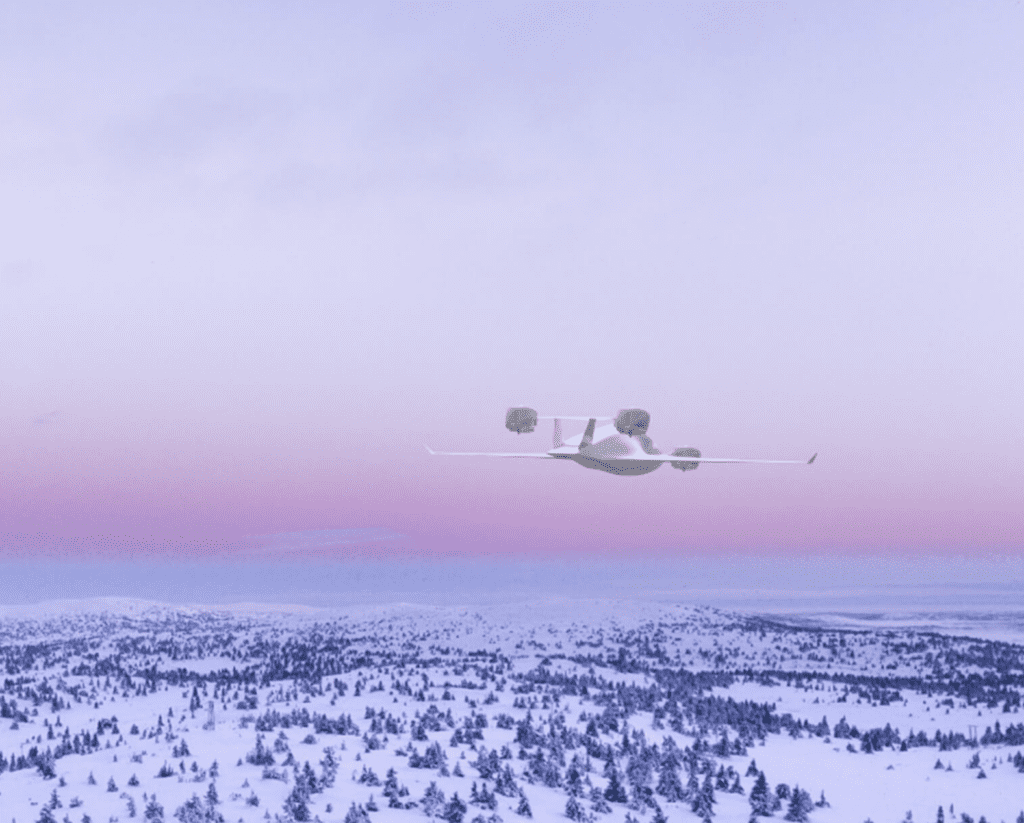 Sabrewing’s Rhaegal “Bravo”, the production aircraft, is an autonomous cargo drone capable of both vertical and conventional take-offs and landings. (Photo: sabering)

Avionics: Do you expect any challenges in the certification process, either with the FAA or the EASA?

De Reyes: There are challenges with all kinds of planes. I’ve been in this business for 45 years, and you’re taking the hits. We were lucky. We have a good team on board with a lot of experience certifying aircraft with all sorts of regulatory bodies around the world. We knew early on that we needed to coordinate with these regulators to get us on the path we needed to be on.

The FAA is having some difficulties with personnel, but we were the first company to enter into a certification-based agreement with the FAA in October 2019. We still have to do the TIA, or Type Inspection Authorization. We are quite advanced in this process, we should be ready to go. We are not yet demonstrating the maneuvers on the plane.

Avionics: Where is the certification with the FAA?

De Reyes: We will continue to fly our half-size demonstrator aircraft which was created as a flying test bed. We have the avionics that we can take out and test: things like the sense and avoid system, the transition system, a lot of the flight control computer, and a lot of the control logic that is there. We actually have a flight computer out of the box and we are modifying the software specifically for our aircraft.

We are currently working to produce our full size aircraft. We continue to produce the first production prototype. In the meantime, we have received numerous inquiries from various companies regarding the possible purchase of the half-size aircraft. It is possible that we can also launch the production of this aircraft.

Avionics: Could you discuss the selection of avionics systems, navigation systems and other components that will be integrated into the aircraft?

De Reyes: We use all Leonardo avionics except for the radar which is in the nose – the radar is from Garmin. The detect-and-avoid is our box, so to speak. Leonardo supplies everything from TCAS to ADS-B, transponders, radio altimeters and the flight control computer. Even our ground station is from Leonardo.

We spoke with dozens of other companies that had various forms of controls for UAVs. The only one who really had a complete package for us was Leonardo. On top of that, the flight control computer we use is basically the same as the AW609 – the only production flight control computer capable of safely transitioning from hover to cruise climb and to descend to hover. They do this almost every day; it was obvious to us. It’s a ready-made unit for them.

The only thing we’ll really have to get involved with for the TSO part is the sensor interface computer for our sense and avoid system. Everything in there, including the DAA radar, it’s all TSO. We will only need one box on our sensor interface computer, which is very manageable. Almost every component on board the aircraft is out of the box, almost every component from engines to turbines to avionics.

Avionics: Why was a turbo-electric powerplant chosen for the Rhaegal aircraft?

De Reyes: I did a lot of research on electric aircraft batteries as a consultant. None of the available batteries could give us the kind of range we needed. Our radius of action is 1,000 nautical miles. In a typical cargo operation, we would load the plane with as much cargo as possible and as much fuel as possible with reserves to get to the next airport. The problem is that the cheapest fuel is at the home port. When dropping off cargo at other airports throughout the day, the operator does not control the profit margin as much.

With our planes you can refuel in the morning, load the maximum cargo, transport the cargo to various destinations and at the end of the day refuel with cheap fuel at home. It offers solid control over your profit margin, and customers really like it.

The batteries don’t have the range we needed yet. The only option was to not carry any batteries, which was a good decision – by not carrying that extra weight we could increase the total payload capacity. The turbines have a great power-to-weight ratio, and that was perfect for us.