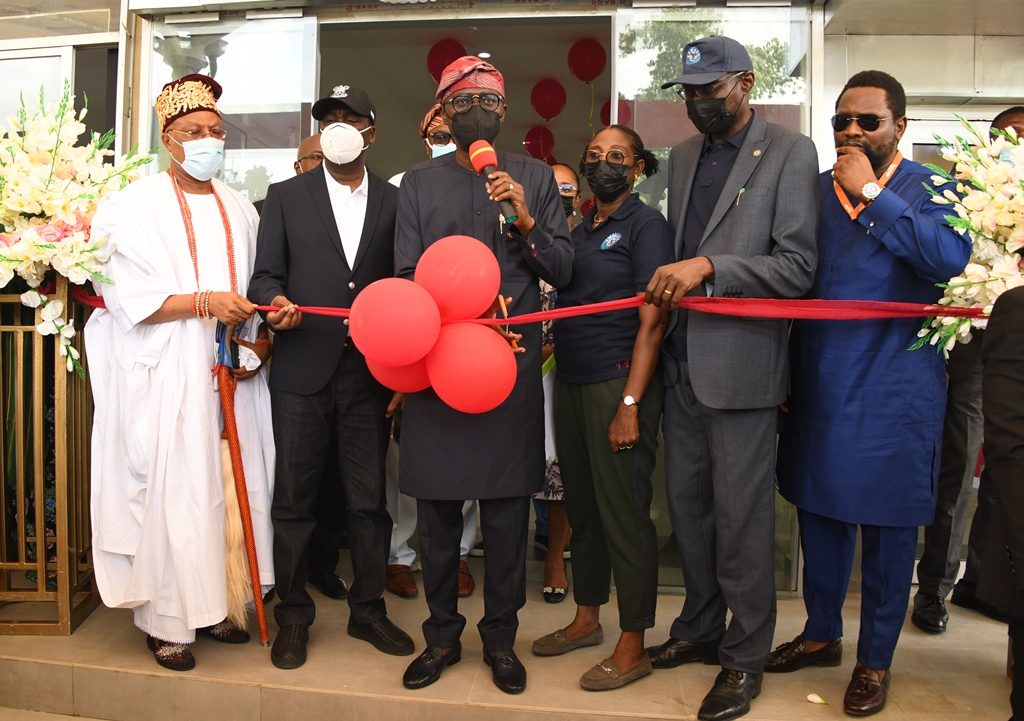 â€¢ Station to connect to the Red Line Rail project

New transport infrastructure has been delivered to Yaba – a melting pot of commerce, technology and academia in Lagos State. Governor Babajide Sanwo-Olu revived and accelerated the completion of the Yaba bus station, four years after the project was conceived.

The terminal was ordered by the governor on Tuesday amid excitement from traders, commuters and carriers who flooded the location of the facility’s official opening.

The bus station, built by the Lagos Metropolitan Area Transport Authority (LAMATA), is an ancillary infrastructure that will complement the Lagos Rail Mass Transit (LRMT) red line currently under construction by the Sanwo-Olu administration along the Yaba corridor. .

The terminal will connect to the red metro station to facilitate integrated public transport and seamless connectivity between all means of ground transport.

The project, which has dragged on for years due to funding issues, is part of the state government’s Bus Reform Initiative.

During the inauguration of the terminal, Sanwo-Olu observed that the delivery of the infrastructure has become a priority for his government in order to strengthen the efficiency of the public transport service on the axis.

The governor said the complementary rail line would be ready within the next 18 months and that would give commuters the flexibility to choose the mode of transportation they would prefer to get to their destination.

He said, â€œThe Yaba Corridor is an important feature of the Lagos State Transportation Master Plan, due to its special nature as a melting pot of business, technology and academia. The evolution of the city over the years places an enormous responsibility on the government to ensure that its dynamism and growth are supported by balanced development.

â€œThe facility commissioned today is a world-class terminal from which buses will depart and terminate. Over the next 18 months, this bus terminal will be integrated with the Yaba station of the red metro line which is under construction near the terminal. The Yaba Bus Terminal reflects our vision for regulated bus services, which the state government is currently championing through the Traffic Management and Transportation pillar of our THEMES program.

The governor said transport services in the corridor will be supported by the recently launched First and Last Mile (FLM) bus – a community transport program that will take passengers from domestic routes to major transit corridors to join rail or the BRT. buses to their destinations.

Sanwo-Olu noted that his administration, over the past two years, has strived to provide transportation infrastructure that supports the state’s economy.

He urged residents to take ownership of the project and protect the bus station from vandalism.

He said: â€œAll government executed projects are provided for the public good. It is our collective responsibility to protect these assets. If anyone notices an anomaly, please speak up. It is our civic duty to report wrongdoing and destruction of public infrastructure to security agencies and government officials for prompt action.

Transport Commissioner Dr Frederic Oladehinde noted that Yaba bus station was the third to be delivered by the governor, revealing that three new terminals in Ojota, Ajah and Ifako-Ijaiye would be added to public transport assets before the end of the year.

“We are providing bus services in communities away from major transit corridors to cushion the effects of restrictions on the operation of commercial motorcycles and tricycles in areas where they are prohibited by the government,” said Oladehinde.

LAMATA CEO Abimbola Akinajo praised Sanwo-Olu for the commitment and priority he placed in completing the project, which she said would provide modal choices to residents crossing through the hallway.

â€œThe white Teflon coating being a waterproof fabric gives the terminal a unique look,â€ she said.

In the terminal administration building are the control room, ticket office and lounge, a restaurant with kitchenette, shopping stores, a passenger information display board, an ATM and a pick-up area.

The operating routes of the bus station include Lawanson-Itire Ijesha-Cele, Iyana-Ipaja, Berger, Ikeja, Akoka and Oyingbo.

Ministry of Land Transport to reopen and issue licenses