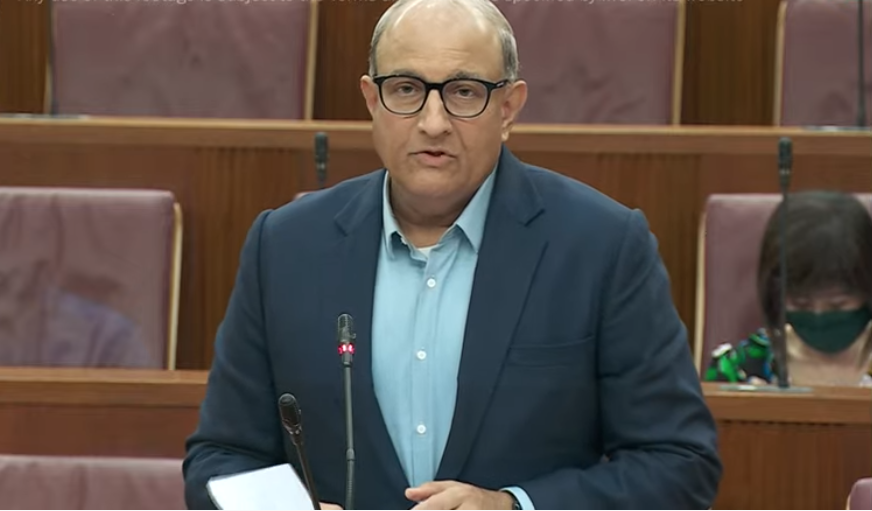 Singapore aims for bold reductions in land transport emissions by 2050

SINGAPORE — Singapore has set a new target to cut land transport emissions from the 2016 peak by 80% by 2050, Transport Minister S Iswaran told parliament on Tuesday (March 8).

This will be driven by a cleaner-energy bus fleet, moves to increase uptake of electric vehicles (EVs) and the use of solar panels, even as emissions from ground transport peaked at 7.7 million tonnes of carbon dioxide equivalent in 2016, well ahead of the 2030 Calendar.

“This is an ambitious goal that will require policy measures, new technologies and behavioral changes in our land transport system,” said the Minister, who was speaking at the Appropriations Committee (COS) debate. ) as the Chamber addressed the Singapore Green Plan 2030. .

Last year, the government unveiled a wide range of ambitious targets spread across five pillars to advance the national sustainable development agenda. It will be led by five ministries – the Ministries of Education, National Development, Sustainability and Environment, Trade and Industry, and Transport.

The Land Transport Authority (LTA) aims to have a fleet of 100% cleaner energy buses by 2040, with 60 electric buses already purchased and deployed.

Going forward, bus purchases by 2030 will be primarily electric. By then, half of the public bus fleet will be electric buses, as the LTA will replace more than 400 diesel buses that have reached their legal lifespan by 2025.

Additionally, taxi operators have pledged that at least half of taxis will be electric by 2030. To support this, LTA will extend the legal life of all electric taxis by eight to 10 years.

For private rental cars, half of GrabRentals’ fleet will go electric by 2030.

In 2021, the MOT announced its intention to deploy 60,000 charging stations in public and private car parks over the next decade.

Since then, Iswaran said, a major survey of switch rooms and substations serving residential car parks on the island has given authorities the confidence to speed up the process: Every HDB town will be ready for electric vehicles from 2025.

The minister noted that range anxiety is a commonly cited barrier, even though the average driver in Singapore only needs to fully charge an electric car once every five to seven days, given that most have a range of at least 300 km.

“Nevertheless, this concern about emerging technology is understandable. To eliminate out-of-reach anxiety, chargers need to be widely available.”

Within three years, LTA will roll out charging stations in all 2,000 HDB car parks, with a minimum of three chargers in each car park initially and more to be rolled out as EV adoption accelerates. To this end, LTA will launch a large-scale tender for HDB car parks in the first half of this year.

LTA will also take the initiative to gradually upgrade the electrical infrastructure required in all residential developments, to ensure sufficient electrical capacity to support electric vehicle charging. This will be funded by the agency through the issuance of green bonds, and the costs will be recovered from EV charging operators and longer-term EV users.

“Upgrades will begin over the next few years and continue into the 2030s,” Iswaran said.

The public will also be consulted on new legislation to ensure safe and reliable charging of electric vehicles.

Driving the adoption of electric vehicles

Regarding the Certificate of Entitlement (COE), the Category A maximum power threshold (MPO) for electric cars will be raised from 97 kW to 110 kW. This will allow more mainstream electric cars to enter Category A.

The MPO threshold for categories A and B was set at 97 kW in 2013, given the predominantly internal combustion engine (ICE) car fleet at the time. This threshold will continue to apply to non-electric cars.

This change will take effect from the first COE bidding exercise in May 2022.

To reduce carbon emissions and energy costs, LTA will also install solar panels on the roofs of new or newly renovated land transport infrastructure, such as rail and bus depots, offices and buildings.

Thanks to the open tender, 20 MWp of additional solar capacity would be available, equivalent to the power needed to charge up to 285 single-decker electric buses for a year.

Stressing that individual choices have an “indelible and lasting impact” on the country’s carbon footprint, Iswaran said: “But beyond these efforts, the success of this green business ultimately rests with each of us and on the transportation decisions we make every day.”