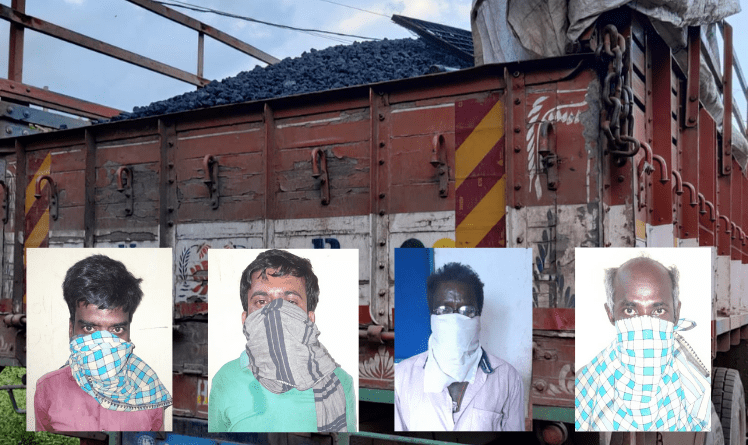 Cutoff: State Criminal Branch Special Task Force (STF) on Sunday dismantled a major cargo theft racketeering in Gopalpur under the confines of Choudwar police in Cuttack district and arrested four people in this regard. .

STF officials said a raid was carried out on the stockyard of cargo theft veteran Ajay Pradhan over the illegal transport and storage of stolen hard coke and loaded chrome.

â€œDuring the raid, the team may be able to seize 37 tons of stolen hard coke, 3 tons of Charge Chrome, two trucks, a JCB, two motorcycles and other offending items,â€ he added.

The STF indicated that four accused had been apprehended in this context. They could not produce any valid authority to support the transport / storage of this stolen hard coke and the Chrome charge.

A case under sections 379/411/413/120 (B) / 34 IPC has been registered in this regard at Choudwar Police Station and further investigation is underway.

â€œDuring this year, so far, STF has taken strong action against such an organized racketeering of theft of goods in various districts of Odisha and seized a huge amount of hard coke (299 tons), Charge Chrome ( 219 MT), Coal (150 tons), 26 number of heavy goods vehicles / JCB / Hywa etc. In this regard, 32 people were arrested / apprehended â€, indicated the STF.