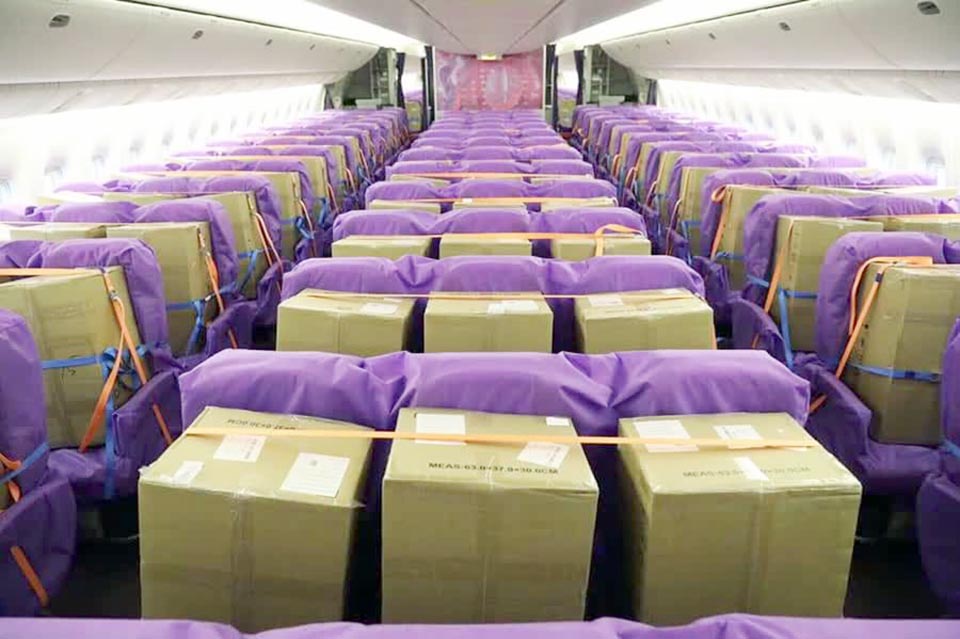 He went on to say that the service is focused on cargo safety as well as transportation efficiency. The service also allows the aircraft to carry more cargo by using the cabin as additional storage. It is suitable for transporting sensitive products such as pharmaceuticals, medical equipment, food and electronic parts.

According to Supoj, the service is likely to help the carrier generate much more revenue. He noted that a number of customers, including the Thai Fresh Fruit Traders and Exporters Association, have already expressed interest in the service.

Thai Airways completed its first Cargo-in-Cabin flight last month, as well as shipping a 2.6-tonne batch of ATK from Bangkok to Guangzhou, China.

The International Civil Aviation Organization (ICAO) has granted Thai Airways a license to provide the service until the end of next month. At the end of the current period, the carrier will request a renewal. (NNT)