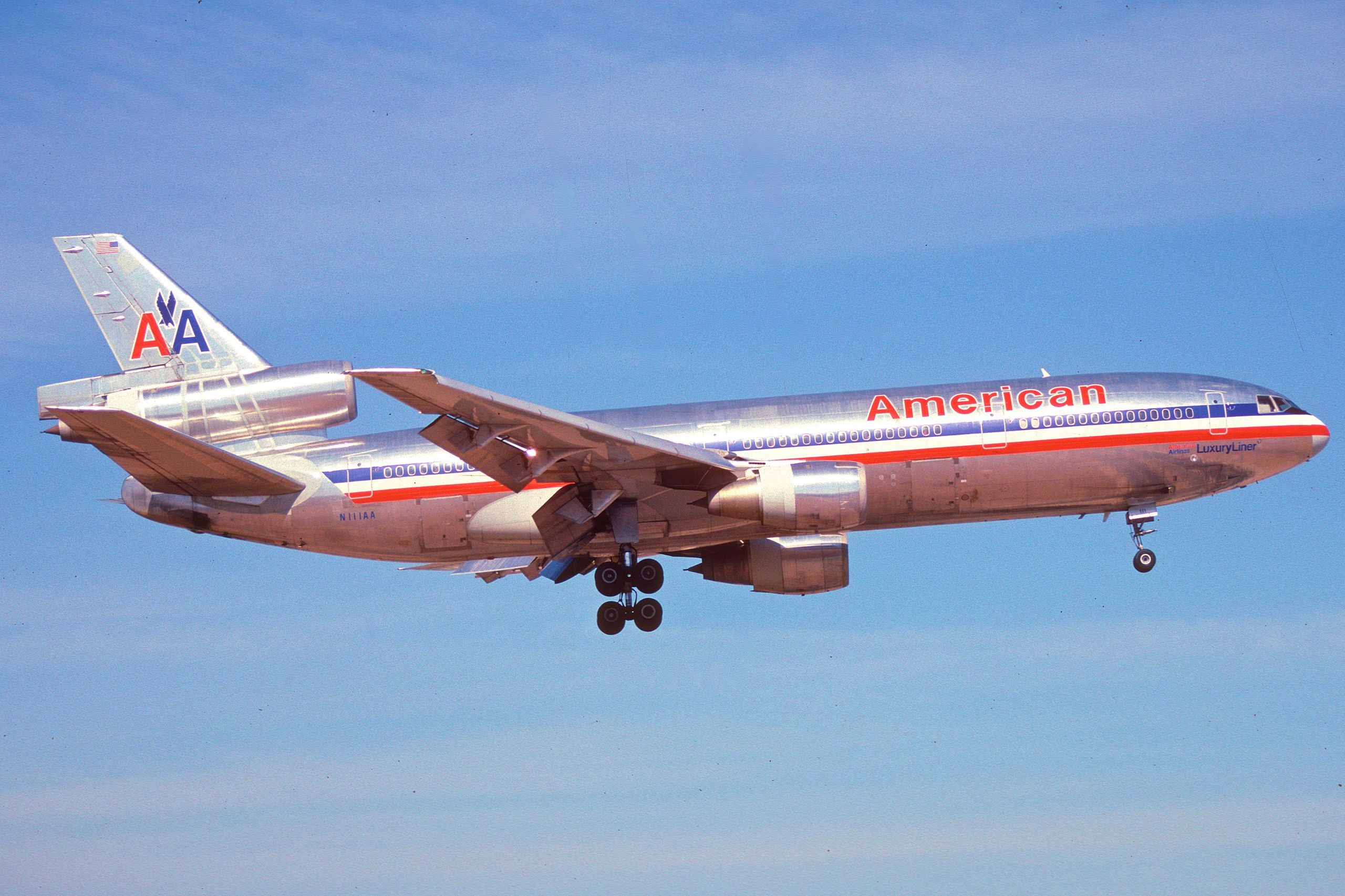 The DC-10 whose cargo door fell off

American Airlines Flight 96 was a scheduled flight from Los Angeles to New York via Detroit and Buffalo on June 12, 1972. It was operated by a McDonnell Douglas DC-10 aircraft. The aircraft made a complex but successful landing after losing its rear cargo door and sustaining control damage. Unfortunately, the same incident on a later flight was much worse.

American Airlines Flight 96 departed Los Angeles without incident, flying as scheduled to Detroit. On June 12, 1972, it was operated by a McDonnell Douglas DC-10 aircraft, registration N103AA. This aircraft had recently been delivered new to American Airlines, in July 1971.

The accident happened after leaving Detroit. The flight left Detroit at 7:20 p.m. local time, carrying 59 passengers and 11 crew. Five minutes after departure, at an altitude of just under 12,000 feet and near the town of Windsor, Ontario, the crew reported hearing a loud noise and feeling “fog” in the cabin.

The left rear cargo door opened and detached from the aircraft. This caused the floor aft of the cockpit to partially collapse and the cabin to decompress rapidly. The oxygen masks did not deploy because the aircraft was below the required altitude.

The issue was with the outward opening cargo door latches. Photo: Getty Images

The pilots immediately declared an emergency and began a return to Detroit. They later reported how they initially thought they had suffered a mid-air collision, with the loud noise and dust felt in the cockpit. After flight attendants reported the damage to the rear of the passenger cabin, it became clearer what the problem was.

It also quickly became apparent that the incident had damaged the aircraft’s controls. Immediately after the break, the rudder jammed to the far right and the engine controls went to idle. Several control cables had been damaged or severed during the floor collapse. The crew later discovered that they could reapply and control thrust from engines one and three, but engine two (mounted on the tail) could not be re-engaged. The crew still had full aileron control, but right elevator control was limited (again, due to damaged cables).

Incredibly, with this level of damage and tight control, the crew returned to Detroit and landed successfully. There were no fatalities.

The pilots made the decision to land at a higher speed, in order to reduce the aircraft’s rate of descent. The stuck right rudder was compensated by 45 degrees of left aileron and asymmetric engine thrust. The plane landed safely at 7:44 p.m. on runway 03R in Detroit. With the rudder jammed, it veered off the runway, but by applying full reverse thrust to the left engine, the pilots managed to get the aircraft back on course. It came to a stop 270 meters from the end of the runway, with only the right wheels on the grass shoulder.

After the accident, the aircraft was repaired and continued to fly with American Airlines until October 1993. It was stored out of service until it was finally dismantled in 2002. American Airlines operated a total of 66 DC-10 aircraft, retiring the last in October 2020.

The cause of the crash was quickly determined to be the loss of the rear cargo door and subsequent damage to the controls. Investigators found that the ground crew had reported issues with the door latch up to three months prior.

Unlike the passenger doors, which open inwards, the DC-10’s large cargo doors were designed to open outwards. This allowed for more cargo storage space immediately behind the door, but required a more complex system of latches to provide fail-safe locking.

In late May 1972, McDonnell Douglas had issued a safety bulletin recommending upgrades to the electrical wiring that drove the door latches. However, this was not required and American Airlines had not done so on this aircraft.

When questioned after the crash, the flight’s ground crew said they had difficulty closing the door. The operator had to apply extreme force to lock the door and found that the vent plug was not fully closed. This was reported to a mechanic, who cleared it. The flight crew also never reported receiving cargo door warning indications.

Subsequent investigation of the salvaged door showed that the latches had not fully closed. The forces on the door overwhelmed the actuator, causing the door to break.

The National Transportation Safety Board and the FAA have issued changes to prevent similar incidents. The latch mechanism was improved and a transparent window was added to the cargo door to allow the ground crew to verify that the latches were fully closed. Ventilation to the cabin floor was also suggested, but deemed too difficult to install.

Despite the lesson of the accident, the same thing happened again less than two years later. On March 3, 1974, Turkish Airlines Flight 981, from Istanbul to London Heathrow, crashed near Paris. The cause was the same issue with the cargo door latches. It was a much worse accident, however. This time the control cables suffered greater damage and the crew completely lost control of the aircraft.

All 335 passengers and 11 crew on board were killed when the plane hit the ground. A subsequent investigation showed that the aircraft’s logbooks indicated modifications to the locking mechanism when, in fact, this work was never carried out. It remains one of the worst plane crashes to date.

Accidents such as these, where the problems were known in advance, are particularly painful. Feel free to discuss these DC-10 incidents further in the comments.