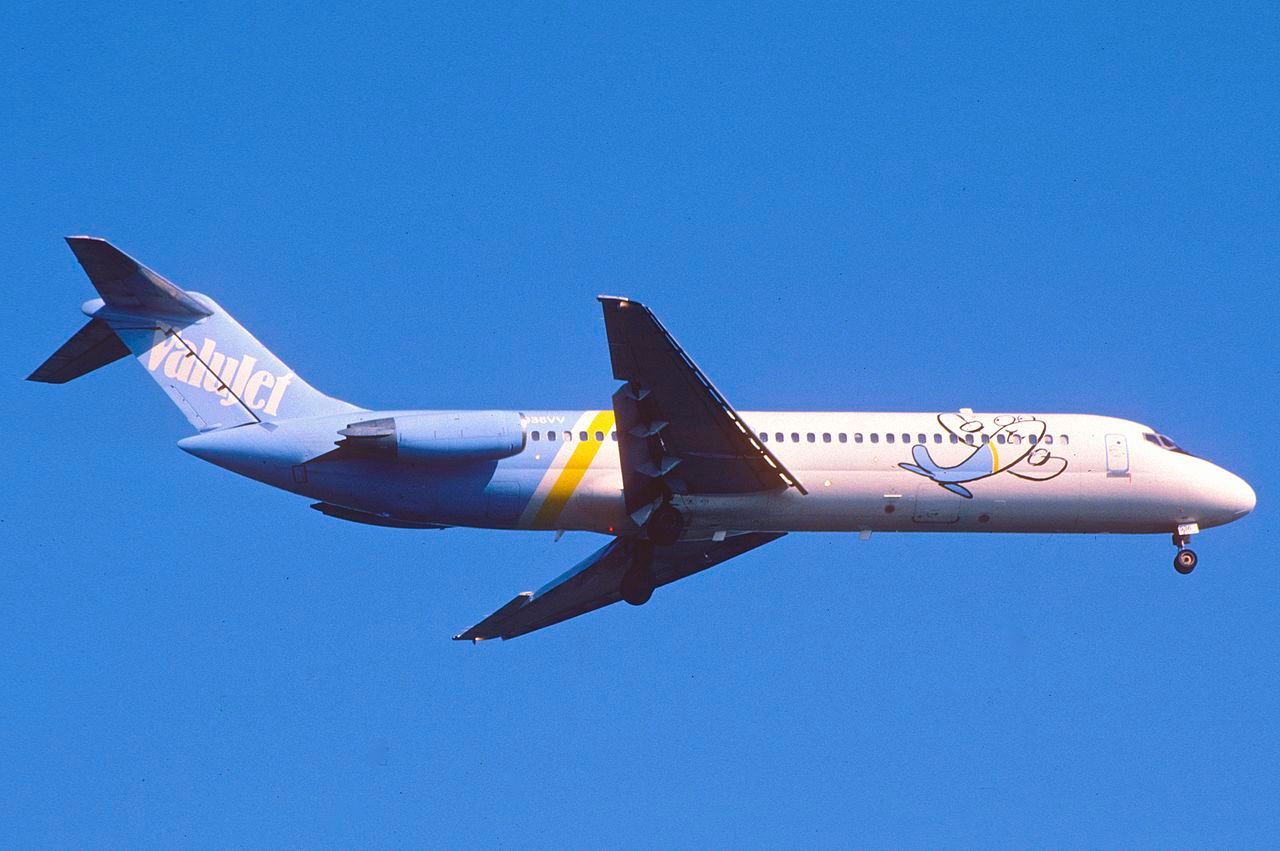 The flight was scheduled to depart at 1:00 p.m. but was delayed as the plane arrived late from Atlanta, landing at 1:10 p.m. While in Miami, the aircraft took on cargo which included company-owned equipment (COMAT) consisting of a nose tire, two main landing gear tires and five boxes containing what was labeled as “Oxy Canisters – ‘Empty”. The flight plan was to climb and navigate to 35,000 feet for the hour and thirty-two minute flight to Atlanta.

The plane took off from Miami late but everything seemed fine

After a 40-minute delay, the plane pushed back the gate at 1:40 p.m. and taxied to Miami Airport’s runway 09L. At 2:04 p.m., air traffic control (ATC) cleared the plane for takeoff and instructed the pilots to contact the northern departure controller. At 2:04 p.m., the flight’s first officer established radio contact with ATC, advising them that they were climbing to 5,000 feet.

The pilots heard a strange noise

At 2:10 p.m., the pilots heard a strange noise that caused the flight captain, Candi Kubeck, 35, to say, “what was that?”. At the time of the particular noise, the aircraft was at an altitude of 10,634 feet with an airspeed of 260 knots. At 2:10 p.m. the captain can be heard saying, “We have an electrical problem”, before five seconds later saying, “We are losing everything.

ATC then radioed the aircraft to ask about the nature of the problem, to which the first officer replied, “Fire with smoke in cabin and cockpit”. ATC responded, “Rodger, turn left to two five zero and descend to 5,000 feet.” At 2:11:26 p.m., the northern departure controller informed Central Miami that Flight 592 had an emergency and was returning to Miami.

At 2:11:37 p.m. the first officer radioed to say he needed the nearest available airport. The controller replied “you are cleared to land on runway one-two”, while telling the pilots to turn left, heading one four zero. The first officer acknowledged the instructions, which were the last communication with the aircraft.

ValuJet Flight 593 disappeared from radar screens at 1:42 p.m., with eyewitnesses reporting seeing it nose dive into the Francis S. Taylor Wildlife Management Area in the Everglades, killing all 110 passengers and crew .

After a fifteen-month investigation, the National Transportation Safety Board (NTSB) determined that a fire in the cargo hold was responsible for the plane crash. The NTSB discovered that, just before takeoff, expired chemical oxygen generators had been placed in the cargo hold by ValuJet’s maintenance contractor, SabreTech. This violated Federal Aviation Administration (FAA) regulations prohibiting the carriage of hazardous materials on passenger aircraft.

ValuJet employees loaded five boxes with what they believed to be empty canisters, making them certified safe for transport. Little did they know that not only were they not empty oxygen canisters, but they were full of chemicals used to produce oxygen for passengers in air service units in the event of depressurization.

When activated, the chemicals produce heat and oxygen which fuel the fire. The fact that there were also tires in the same compartment did not help matters either. The resulting fire burned the cables needed to fly the aircraft, causing the pilots to lose control.

In 1998, the FAA issued revised standards that required Class D cargo compartments to be converted to Class C or E and have both smoke detectors and fire suppression equipment.

Prior to the crash, ValuJet already had a poor safety record, and the impact of Flight 592 drew even more public attention. Following the crash, ValuJet was grounded for several months, and when operations resumed the public shunned it for other carriers. To improve business, ValuJet purchased AirTran and incorporated ValuJet into it, dropping the former airline’s name and brand.

As luxurious as the Concorde? The Boom Supersonic Overture Passenger Experience

Journalist – Mark is an experienced travel journalist having published work in the industry for over seven years. His enthusiasm for aviation news and wealth of experience lends itself to excellent insight, with his work being cited in Forbes among other publications. Based in Alicante, Spain.