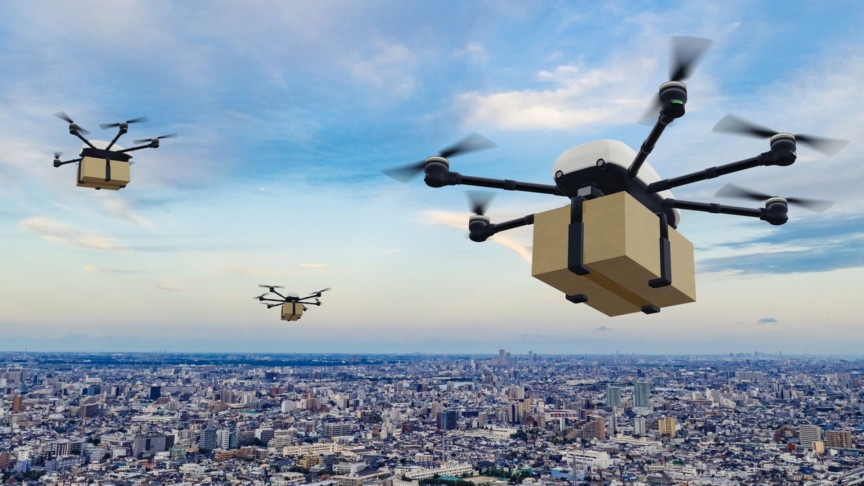 In recent years, cargo drones have grown from a fledgling idea to a proven technology that can now carry online shopping deliveries and essential medicines to people’s homes.

Turkey is one of the countries where efforts to use unmanned aerial vehicles in freight transport are gaining ground: the country has completed preliminary research for cargo drones and is developing systems with plans to open a “Drone transport route” between Istanbul, EskiÅŸehir and Ankara, according to a report by TRT, a state-owned public news channel.

This is an ambitious claim since a drone taking off from Istanbul to EskiÅŸehir is expected to travel 183.1 km (188.3 miles). For Ankara, the country’s capital, that number would rise to a whopping 275.1 miles (442.8 km).

A new era for transport and logistics

Turkey has said that drone freight transport will be bound by strict rules, with the safety of planes, people and birds being the ultimate concern. The drones used will be able to carry cargo up to 8.8 lbs (4 kg) across a specified air highway at a certain altitude. The next step will be to determine the details such as the route that will be taken, the height at which the drones will fly, and the landing and take-off sites.

The country’s Civil Aviation Authority is also undertaking an in-depth investigation into drones in Turkey. It has so far registered over 50,000 drones, with over 600,000 certified pilots.

No timetable has been specified, and it is unclear how the country will achieve this ambitious goal. With the right conditions and the right technology, it might just be a matter of time before important milestones are reached, as in the case of Wing, Alphabet’s drone delivery service. The company recently made 100,000 deliveries, thanks to the popularity it found in Logan, Australia, a 300,000-strong suburb of Brisbane. Residents have welcomed the drone delivery of cups of coffee, snacks and roast chickens, with the business particularly booming during the pandemic. Such developments are amazing achievements for a technology that has yet to demonstrate its value on a larger scale.

Wing also intends to expand into major cities in the future, and time will tell if Turkey can develop this technology which has had remarkable success in the suburbs.