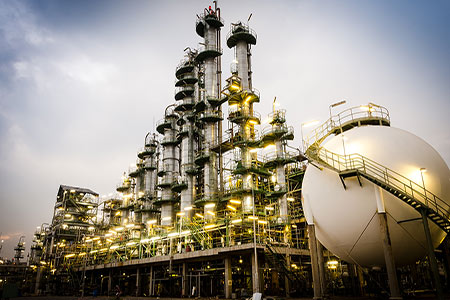 In one Blog on its website, the American Fuel and Petrochemicals Manufacturers (AFPM) posted a series of comments recently submitted to the US Environmental Protection Agency (EPA).

Below are excerpts from these groups:

Delaware Building and Construction Trades; Philadelphia Building and Construction Trades Council; United Camden & Vicinity Building & Construction Trades Council: “We are about to lose tens of thousands of union jobs that support the family, as well as the last remaining refineries on the East Coast – refineries that supply our country with vital transportation fuels, heating oil and fuels. other products essential to America. economy […] Collectively, our three unions represent 125,000 skilled tradespeople who make up the building trades unions of Philadelphia, Delaware and southern New Jersey. Our members depend on our regional refineries as they provide one of the highest paying and most consistent sources of employment for thousands of members, representing millions of hours of work each year.

United Steelworkers (USW): “Our union is the largest industrial union in North America and the largest refining union […] Our union has been an active stakeholder in the Renewable Fuels Standards (RFS) program over the years […] the unintended consequences of this proposal for 2022 could have devastating consequences for USW members who work in refineries […] This program needs reform that builds on available data, considers environmental impact, eliminates the unpredictability of the RIN market, and ensures workers’ livelihoods are not unwitting victims.

United Association of Journeymen and Apprentices of the Plumbing and Pipe Fitting Industry of the United States and Canada, AFL-CIO: “The UA, which represents over 359,000 skilled tradespeople in the plumbing and pipefitting trades, is the leading international union in the energy sectors. […] The United Association submits these comments due to an urgent concern that the EPA’s proposed RVOs for 2022 […] will have devastating consequences for tens of thousands of unionized refinery workers and their families, UA and other construction trades, who rely on these facilities to support a good middle-class lifestyle […] If these refiners choose to slow down or stop production in order to reduce their cost of RFS compliance, the consequences will be disastrous for the unionized workers employed in these refineries, their families and the surrounding communities.

North American Building Trades Union (NABTU): “The refining industry works closely with our affiliate union members across the country and provides the unionized construction industry with thousands of well-paying, sustainable middle-class job opportunities. […] the proposed RVO target for 2022 would have clear and direct negative impacts on the industry and on the livelihoods of our members.

International Union of Operations Engineers (IUOE): “Thousands of stationary engineers are directly employed in the petrochemical and refinery sector […] To save jobs and stabilize gas prices, the International Union of Operations Engineers respectfully requests that the EPA reduce the renewable volume requirement for conventional biofuels in 2022 by 1 billion gallons. in its final rule.

International Brotherhood of Boilermakers, Iron Shipbuilders, Blacksmiths, Blacksmiths and Helpers: “BWI members are responsible for building, maintaining, and repairing industrial equipment and infrastructure at independent refineries that would be directly affected by the EPA’s proposed rule and SRE rulings. proposed. […] Protecting these refinery jobs is critically important as they are one of the highest paying and consistent sources of employment for thousands of skilled workers, potentially representing millions of hours of work each year.

Read the article online at: https://www.hydrocarbonengineering.com/refining/17022022/labour-leaders-call-for-lower-rfs-mandates/