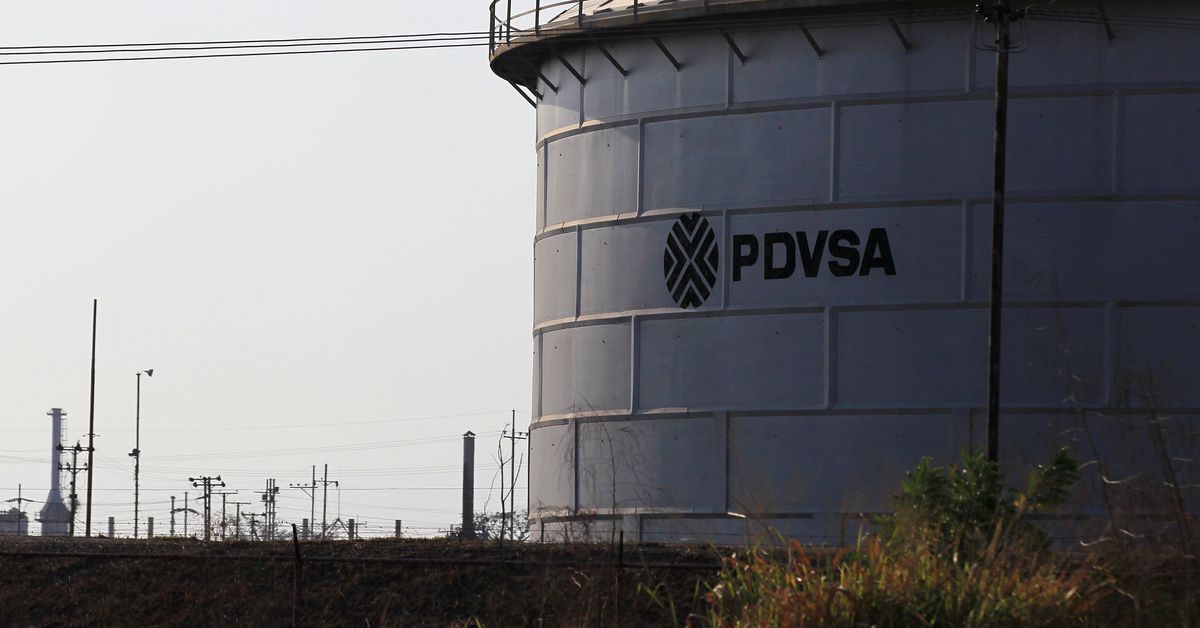 The logo of state oil company PDVSA is seen on a tank at an oil facility in Lagunillas, Venezuela January 29, 2019. REUTERS/Isaac Urrutia/File Photo

April 19 (Reuters) – Venezuela’s PDVSA is preparing to ship a shipment of 190,000 barrels of diesel to Cuba, according to a document from the state oil company, a move aimed at helping its closest political ally avoid fuel shortages and prevent summer power outages.

The communist-ruled island, which depends on imports to meet more than half of its fuel demand, has not received any Venezuelan diesel since September, forcing costly purchases on the open market. Earlier this year, PDVSA exported jet fuel and gasoline to Cuba, according to tanker tracking data and documents.

Cuba has struggled this year with a shortage of diesel for power generation and vehicles, as imports from Venezuela have remained below historic levels and high prices have made purchases from other suppliers almost unaffordable. Read more

The Cuban-flagged oil tanker Delsa, chartered by state-owned Cubametales, is loading 200,000 barrels of fuel oil and 190,000 barrels of diesel destined for the Matanzas storage terminal, according to a PDVSA export schedule seen by Reuters on Tuesday.

PDVSA and the Cuban Ministry of Information did not respond to requests for comment.

Venezuela regularly supplies Cuba with crude for refining and fuel oil for power generation. But due to its own fuel production limits and US sanctions, PDVSA has reduced its shipments of refined products to Cubametales since last year.

Crude processing at Venezuela’s refineries has stabilized in recent weeks around 230,000 barrels per day (bpd), according to independent figures, well below its 1.3 million bpd capacity.

Fuel shortages have added to Cuba’s struggles to recover from the coronavirus pandemic and US sanctions. Waits at Havana’s train stations have eased, but public transport has not returned to normal capacity, a situation attributed by analysts to lower fuel availability and lack of parts and vehicles.

Re-exports of diesel from Venezuela to Cuba were part of the arguments used by Washington to suspend in 2020 the authorizations it had extended for exchanges of oil for fuel from the South American country.

JB Hunt Transportation Services is firing on all cylinders