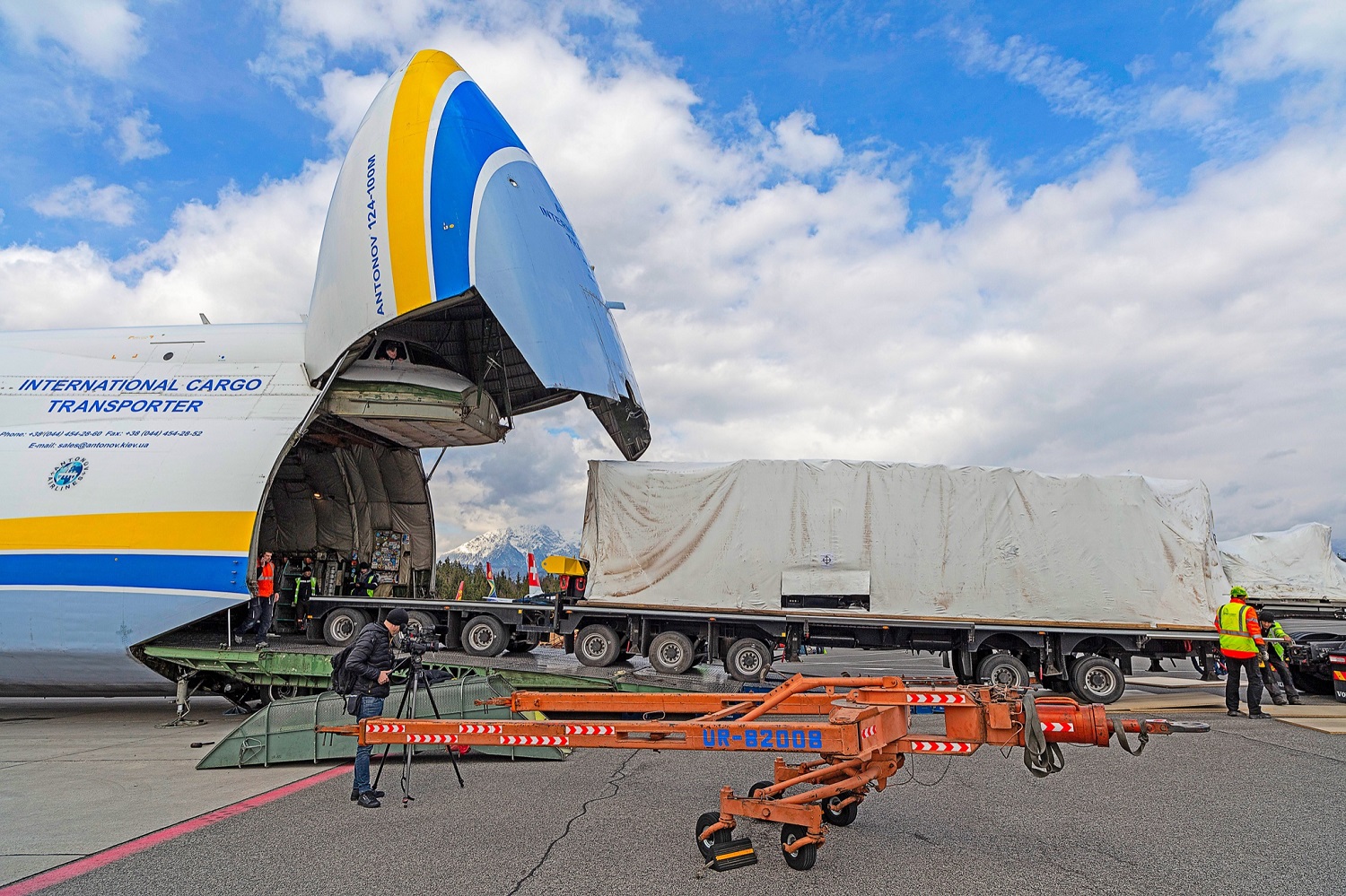 War in Ukraine: despite the difficulties, Antonov continues its freight transport operations

Antonov Airlines, a company specializing in the transportation of heavy materials, successfully completed three flights of its An-124-100 in cooperation with Chapman Freeborn Germany. The objective of the operations was to transport a new mobile gas-fired power station generator and associated equipment between Ljubljana, capital of Slovenia, and Kano, in northern Nigeria.

The transport of a generator, a turbine and additional equipment marked the conclusion of a one-year cooperation project. Each Antonov 124-100 can transport up to 150 tonnes of paid freight on each operation. The total cargo carried on the flights to Nigeria was around 200 tons.

“The entire Antonov team, from commercial to operations, route planning and load planning, worked closely with our customer and our agents to ensure the safe delivery of this important cargo, which will meet Nigeria’s energy needs,” commented Eugene Kiva, Commercial Director of Antonov. .

Antonov stressed the continuity of its operations despite the ongoing war on the territory of the Eastern European country. The Ukrainian company “continues to fly around the world, prioritizing flights for the Ukrainian government, the Strategic International Airlift Solution (SALIS) and humanitarian missions”.

“We continue to operate despite the challenges we faced after the Russian invasion and the damage they caused to our Gostomel base and some of our aircraft,” said Ievgen Gavrylov, acting director general of Antonov. He also noted that the planning and maintenance areas have been temporarily moved to Leipzig, Germany to ensure continued safe operations.

See also: Antonov launches a project to build a new An-225 Mriya