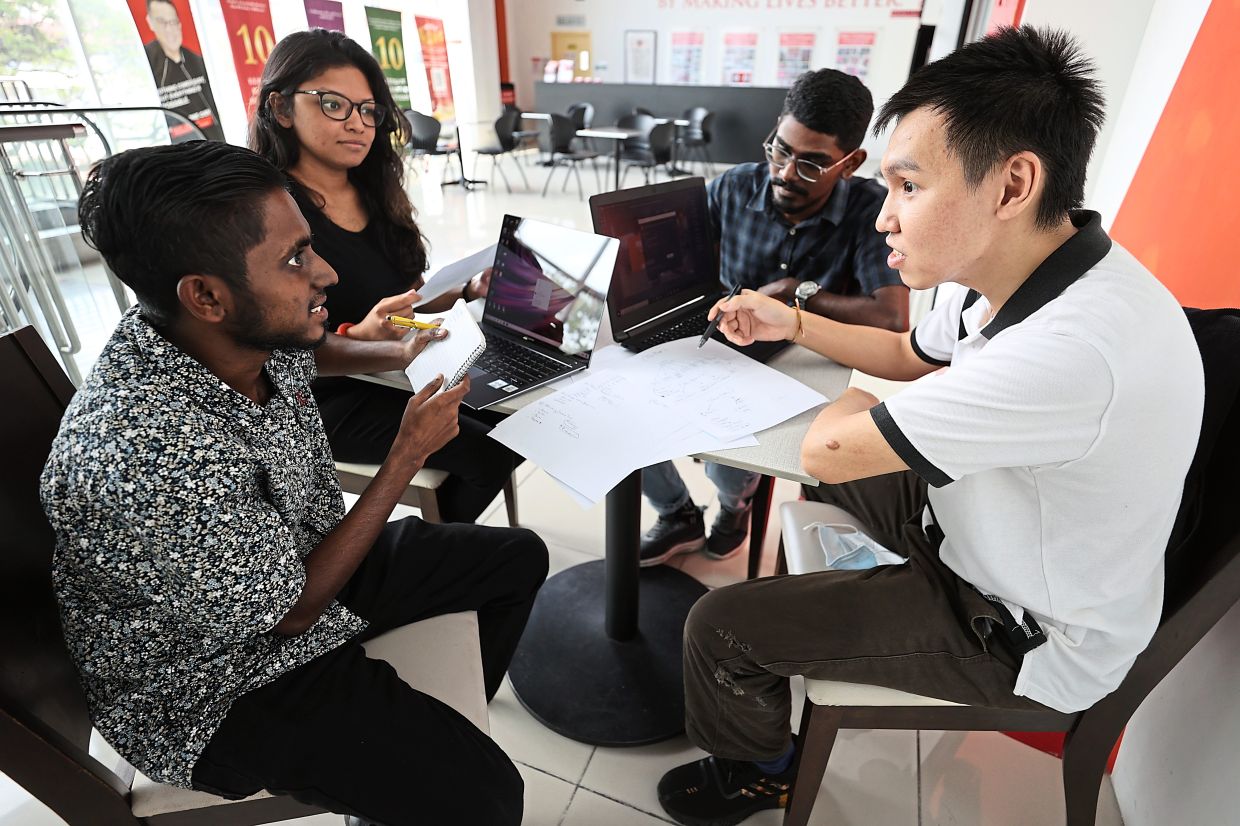 When an engineering graduate ends up in marketing

PETALING JAYA: The concept of having a college degree may seem like an optimal route to a successful career, but some graduates find it to be the opposite.

Despite their hard-earned qualifications, cash-strapped graduates resort to jobs such as clerks, insurance agents, or even gig-economy workers to stay afloat. This follows an extensive job search process that prevents them from finding employment due to a lack of vacancies or unprofitable salaries.

An automotive engineering graduate, Asoka Heng Aik Yank faced a similar situation when he became a food delivery boy instead.

“Most of the vacancies for new graduates indicated that several years of experience were required.

“I tried my luck though, but efforts to land those jobs were unsuccessful,” the 22-year-old said.

Heng has since landed a job as a recruiting manager at a marketing agency.

Despite having a degree in environmental science, Nadira Amalina, 25, said the lack of job opportunities in her field led her to take on a digital product marketing role instead.

“Most positions on the market for work, safety and health (OHS) positions require a certificate of competency which requires taking a course and an exam.

“The courses themselves are quite expensive, which makes it difficult for a new graduate, especially when they don’t have an income yet,” she said.

She also noted an instance where she was offered a role in a transport project with a salary of around RM1,800, in addition to having to be on site and travel often.

“Due to the low salary, I declined the offer as it wouldn’t even be enough to cover my accommodation and travel expenses,” she said.

Muhammad Alif Ikhfan Abdullah, 27, a physics graduate based in Johor, said he took on the role of clerk earlier this year after an unsuccessful job search for physics-related roles.

“Despite graduating in 2018, the lack of vacancies made the job search process quite difficult.

“I also applied for jobs in related fields such as engineering, but that also came to no avail,” he said, adding that he had to sell nasi lemak from 2018 to l year to make ends meet.

An engineering graduate, Lee Pei Guan, 25, opted to become an insurance agent instead, citing a lack of engineering-related vacancies despite a year-long job search.

“Although there were many vacancies on the market, none were relevant to my field, so I decided to choose any available job to stay afloat,” he said, adding that it helped him earn enough to make ends meet.

Noor Atikah Asri, 26, a communications graduate, said she took the job as a credit account consultant in Kuala Lumpur after struggling to land communications-related jobs in her hometown of Kedah.

“It was also to help support my family’s financial situation since I am the eldest sibling,” she said.

Recently, a social media user went viral for posting a video of her current job at a local food and beverage store despite her degree in chemistry.

It also saw many other users sharing similar experiences, with some working as riders or clerks.

Shippers pull out of airfreight as ocean reliability improves