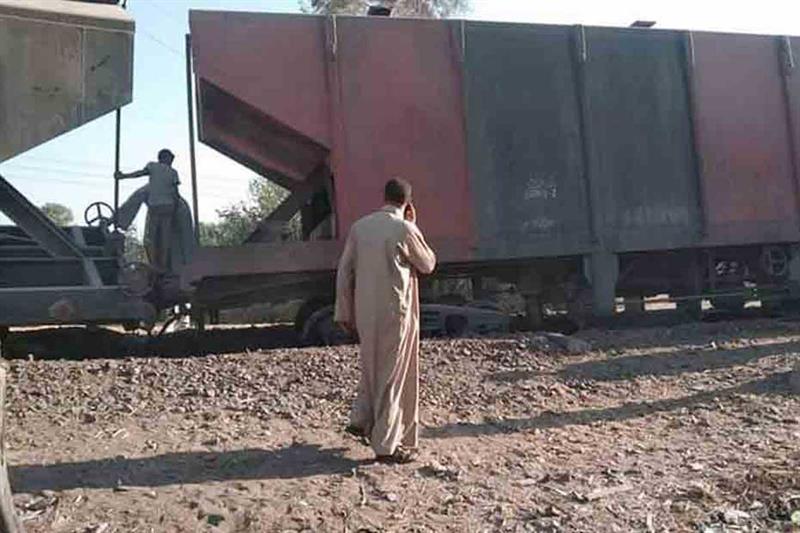 A freight train derails in Egypt’s northern Beheira governorate, killing a nearby woman on June 22, 2022. Al-Ahram

ENR said in a statement that some of the carriages derailed while the train was between El Sallam and Bostan stations, killing a woman who was nearby.

The derailed cars were removed and rail traffic returned to normal.

A technical committee has been formed to investigate the incident.

In recent years, Egypt’s railway lines have seen numerous accidents, with dozens killed over the past year in separate incidents in different governorates. A rail collision last March in Sohag, Upper Egypt, left 19 dead and 185 injured.

However, the government has announced a plan to completely overhaul the country’s entire railway system and replace all old wagons and tractors with modernized or new ones.

The plan also includes upgrading railway signaling systems for greater safety, improving workshops and providing them with modern equipment, and installing automatic train control with a speed control mechanism. to respond to any emergency.

The country’s statistics agency said in November that Egypt recorded a 37.7% drop in the number of train accidents in 2020, reporting 898 accidents. The central delta in northern Egypt alone accounted for 24.6% of the total number of accidents that year.